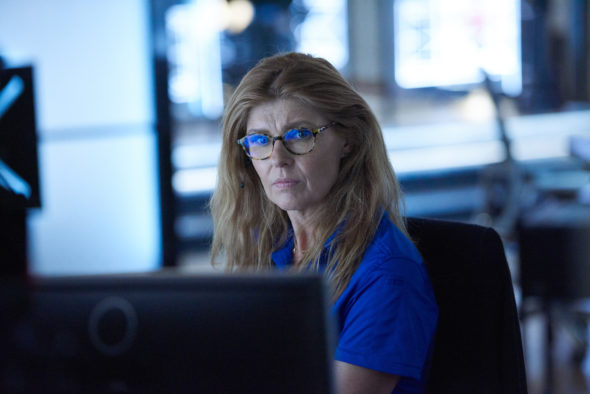 Inspired by real-life experiences, the drama centers on the police officers, firefighters, and paramedics who risk their lives to save others. The cast includes Angela Bassett, Peter Krause, Oliver Stark, Aisha Hinds, Kenneth Choi, and Rockmond Dunbar.

Britton played Abby Clark on season one of 9-1-1. And while no plans have been announced to bring the character back for season two, co-creator Tim Minear says the door is always open for Britton on the FOX series:

We are honoring the character of Abby; it was an important role in the first season” and that “the front door, back door, and side door are always open for her to return.”

Take a first look at season two, which premieres on September 23rd, below:

What do you think? Have you seen 9-1-1? Will you watch season two without Connie Britton?

PS, I will continue to watch as I am glad to see Peter Strauss in another series & I think all the other characters in the show work well together.

Her character was the only one that didn’t work, so please leave it as it is.

I will definitely be tunning in every week. I was a late starter to the first season as I didn’t want to watch it due to Connie Britton. So for me I’m glad she’s gone. I just hope she isn’t back in American Horror.

I would probably watch it with or without her, but I think her character is great. Love the show.