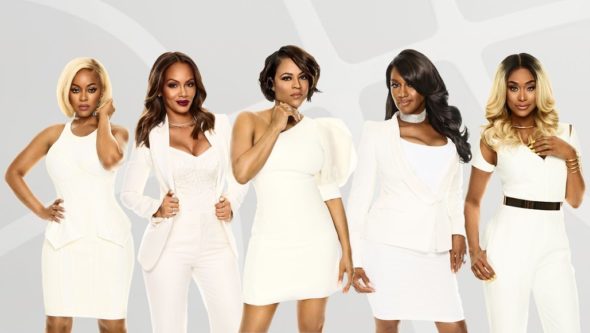 “Everything is up in the air.” VH1 just released a new teaser for season eight of Basketball Wives.

New York, NY (May 22, 2019) – Summer kicks off on VH1 with the return of the fan-favorite series “Basketball Wives,” premiering on a new night beginning Wednesday, June 19th at 8PM ET/PT.

This season, the ladies are tested like never before while balancing life’s unexpected turns, career endeavors and strained relationships. The 16-episode installment welcomes back series veterans and a fresh newcomer to the group:

· After her son’s recent heart surgery, Shaunie’s focus is giving second chances and spreading love to those who have wronged her, including finding common ground with her ex.

· Evelyn is working on being the best mother for her son and daughter but when her parental instincts kick in, old habits begin to resurface.

· Tami is busier than ever, but unresolved confrontations could change the dynamic of her relationships with her daughters and friends forever.

· Jackie is experiencing empty nest syndrome as she prepares for her son to go off to college.

· Malaysia is struggling to find a solution to her current family drama and an unsettling rumor surrounding her personal life.

· Ready for a fresh start, Jennifer wants to rekindle friendships but her past might interfere with making amends.

· Kristen is faced with navigating an unexpected family secret that could cause everything she has built to collapse.

· CeCe and Byron are ecstatic about their future as husband and wife, but strained family ties may get in the way of the couple’s happily ever after.

· After 10 years as an athlete, Ogum “OG” enters retirement and decides to pivot from playing football to coaching.

· Newcomer Feby Torres, is tired of being associated with her famous ex and is determined to make a new name for herself, even if that means making enemies.

For more information on “Basketball Wives” and up-to-date news, go to BasketballWives.VH1.com and follow the show on Facebook,Twitter & Instagram. Use #BasketballWives to join the conversation.

What do you think? Are you a fan of Basketball Wives? Will you watch the new season?