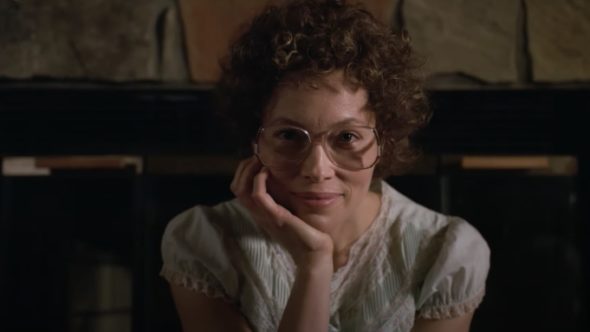 Candy is coming to Hulu on May 9th, and the streaming service has released a trailer teasing the event series starring Jessica Biel. Also starring Melanie Lynskey, Timothy Simons, Pablo Schreiber, and Raúl Esparza, the series tells the story of a 1980s housewife who breaks out of her dull life in a deadly way.

“Candy Montgomery is a 1980 housewife and mother who did everything right – good husband, two kids, nice house, even the careful planning and execution of transgressions – but when the pressure of conformity builds within her, her actions scream for just a bit of freedom. Until someone tells her to shush. With deadly results.

Check out the trailer for Candy below.

What do you think? Are you planning to check out this new series on Hulu next month?