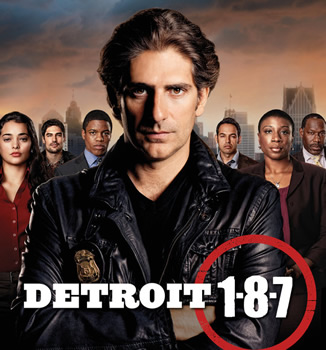 The men and women of Detroit Homicide are smart and tough but there’s one problem that’s going to take them down. Their Detroit 1-8-7 TV show’s been getting poor ratings and, unless things change fast, it’s going to be cancelled by ABC.

However, if you like Detroit 1-8-7 and want to see it continue, there are a few things you can do to help.

We, the undersigned, like watching Detroit 1-8-7 on the ABC network. The series is filled with tough characters that care about their work and we care about them.

Please find a way to keep Detroit 1-8-7 on the air. We are devoted viewers who will continue to watch the program, encourage others to do the same, and will support the series’ advertisers as well. Please keep it going, either on ABC or, if necessary, on another Disney-owned channel.

[…] Mahajan’s partnered up with Sargent Jesse Longford (James McDaniel), who is just a year away from retiring. He’s getting ready to move to Italy, something he used to dream of doing with his deceased wife. His joke is that he’s been a cop in the city so long that when he started, half the suspects were white. […]

[…] The cop series became the third lowest-rated scripted series on the network. Only My Generation and The Whole Truth performed worse and they were both cancelled early into the season. […]