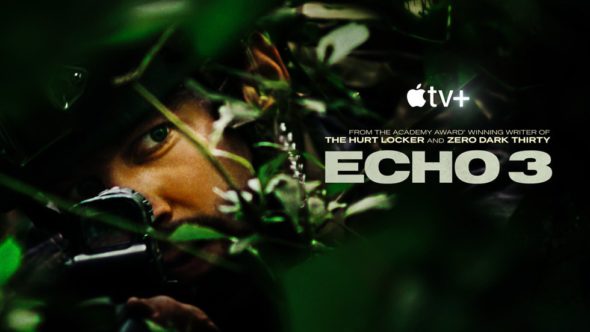 Echo 3 is coming to Apple TV+ next month, and the streaming service has now released a trailer. Starring Luke Evans and Michiel Huisman, the action thriller series revolves around the kidnapping of a woman (Jessica Ann Collins) and the lengths her husband and brother will go through to save her.

Set in South America with English and Spanish dialogue, “Echo 3” follows Amber Chesborough (Collins), a brilliant young scientist who is the emotional heart of a small American family. When Amber goes missing along the Colombia-Venezuela border, her brother, Bambi (Evans), and her husband, Prince (Huisman) — two men with deep military experience and complicated pasts — struggle to find her in a layered personal drama, set against the explosive backdrop of a secret war. “Echo 3” also stars Martina Gusmán as Violeta, a prominent political columnist. The series features James Udom, Maria Del Rosario, Alejandro Furth, Juan Pablo Raba and special guest star, Bradley Whitford. “Echo 3” is also based on the award-winning series “When Heroes Fly,” created by Omri Givon, and inspired by the eponymous novel by Amir Gutfreund.

Apple TV+ offers premium, compelling drama and comedy series, feature films, groundbreaking documentaries, and kids and family entertainment, and is available to watch across all your favorite screens. After its launch on November 1, 2019, Apple TV+ became the first all-original streaming service to launch around the world, and has premiered more original hits and received more award recognitions faster than any other streaming service in its debut. To date, Apple Original films, documentaries, and series have been honored with 280 wins and 1,169 award nominations and counting, including multi-Emmy Award-winning comedy “Ted Lasso” and this year’s Oscar Best Picture winner “CODA.”

Check out the trailer for Echo 3 below.

What do you think? Are you planning to check out Echo 3 on Apple TV+ next month?