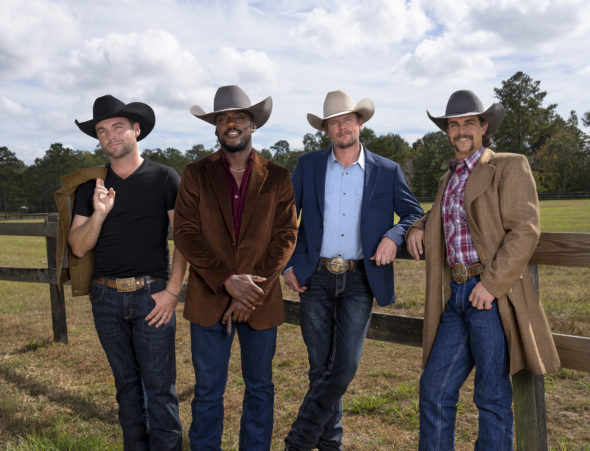 Farmer Wants a Wife is coming soon to FOX, and the network has released new details and a trailer for the reboot of the dating reality series (a version aired on The CW in 2008, for one season). With the help of host Jennifer Nettles, four farmers will look for a wife by inviting a group of women into their homes to experience what their life would be like if they lived on a farm.

Real love is back! Rounding up true romance, Farmer Wants a Wife brings big heart to the heartland in an all-new unscripted dating show hosted by Jennifer Nettles, which follows four hard-working farmers – Ryan Black, Allen Foster, Hunter Grayson and Landon Heaton – in search of real, lasting love. Each farmer hosts a group of single women who leave behind the comfort and convenience of city life for the charms and challenges of country living, as they embark on an adventure that could change the course of their lives forever. Farmer Wants a Wife premieres Wednesday, March 8 (9:00-10:00 PM ET/PT) on FOX.

The pursuit of genuine love never looked like this as each farmer and their group of hopeful singles meet and mutually select one another before the women are invited to experience life on their respective farm. From there, the farmers show each group what it is really like on an actual working farm, from tending to the land, feeding cattle and baling hay, to the behind-the-scenes business operations. For the ladies, the reality of this way of living may beg the question: how far are you willing to go for love? Together, with the hope of finding their ever-after, they endeavor to discover the beauty, humor, trials and romance that come with finding the one.

Farmer Wants a Wife is the most successful dating show in the world. The Fremantle-owned format has aired in 32 countries and resulted in 180 marriages and 410 children. In a trend that’s been sweeping America over the last few years, there’s been a migration from city-centers to suburban and rural locales, and with that, love follows. The series is produced by Eureka Productions. Paul Franklin (Holey Moley, Name That Tune), Chris Culvenor (The Mole, The Real Dirty Dancing, Dating Around), Eden Gaha (MasterChef, The Real Love Boat) and David Tibballs (The Mole, Finding Magic Mike) serve as executive producers, with David Emery as executive producer in post. Lauren Taylor Harding serves as an executive producer and the showrunner of the series.”

Check out the trailer for Farmer Wants a Wife below.

What do you think? Are you planning to check out this new dating reality series on FOX in March?