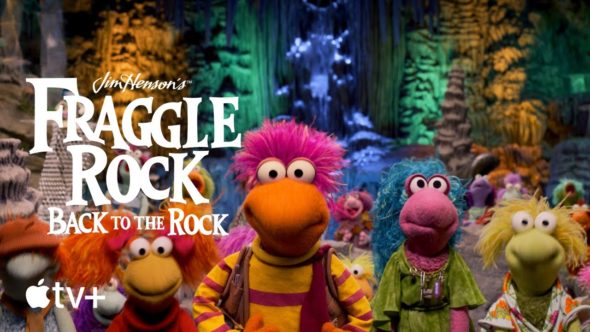 A revival of Fraggle Rock is coming to Apple TV+ soon. The streaming service has set a premiere date for the reunion series – Fraggle Rock: Back to the Rock. Viewers will see the return of Gobo, Red, Boober, Mokey, Wembley, and Uncle Travelling Matt for new adventures starting in January. There are 13 episodes planned.

Apple TV+ revealed more about the revival in a press release.

Jim Henson’s fun-loving, musical Fraggles are back! Join Gobo, Red, Wembley, Mokey, Boober, and new Fraggle friends on hilarious, epic adventures about the magic that happens when we celebrate and care for our interconnected world.

Fraggle Rock: Back to the Rock is executive produced by The Jim Henson Company’s Lisa Henson and Halle Stanford, and longtime Henson collaborator John Tartaglia. Matt Fusfeld and Alex Cuthbertson, who serve as showrunners, also executive produce as well as New Regency’s Yariv Milchan and Michael Schaefer. Co-executive producers are Dave Goelz and Karen Prell, and executive music producer is Harvey Mason Jr. The series is produced by Ritamarie Peruggi.”

Check out a preview for Fraggle Rock: Back to the Rock below.

What do you think? Are you a Fraggle Rock fan? Do you plan to watch the revival on Apple TV+?

Considering most Muppet projects are on Disney & HBO somehow ended up with Sesame Street….. how exactly did Apple get this?

I’m assuming the old guy with the dog has long since shuffled off his mortal coil, so will there be any new human stars in this show?

My daughter who is now 39 used to love this show. I definitely will watch it with my grandchildren!