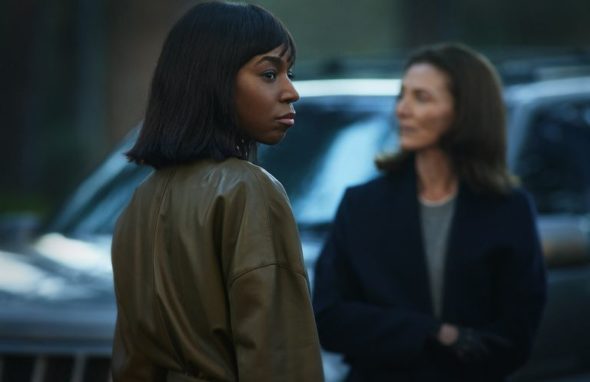 Gangs of London is returning soon to AMC+. The streaming service has set a premiere date for season two of the action-crime drama with the release of a trailer.

AMC+ revealed more about the series’ return in a press release.

In a foreboding and high-octane trailer, AMC+ has announced the return of its lauded original series Gangs of London, which will debut its much anticipated second season on Thursday, November 17 with two episodes. The critically-acclaimed, award-winning drama became an international sensation in its first season, with its shocking yet artfully-choreographed action scenes and stunt work. Following the premiere, one episode of the eight-part season will debut Thursdays on AMC+, AMC Networks’ premium streaming bundle.

In the second season, a new, darker era of chaos and turbulent power struggles comes to London. One year after the death of Sean Wallace and the violent reckonings of season one, the map and soul of the city has been redrawn – the surviving Wallaces are scattered, the Dumanis broken and estranged, and ex-undercover cop Elliot Finch (Ṣọpẹ́ Dìrísù, Humans, Mr. Malcolm’s List) is now being forced to work for the Investors. As the Investors look down on a city sliding into chaos, they decide enough is enough and bring in reinforcements to restore control. Old favorites and new players fight back against the new order, forcing sworn enemies to work together and family members to betray each other.

Check out the trailer for Gangs of London season two below.

What do you think? Are you excited about the return of Gangs of London this November?