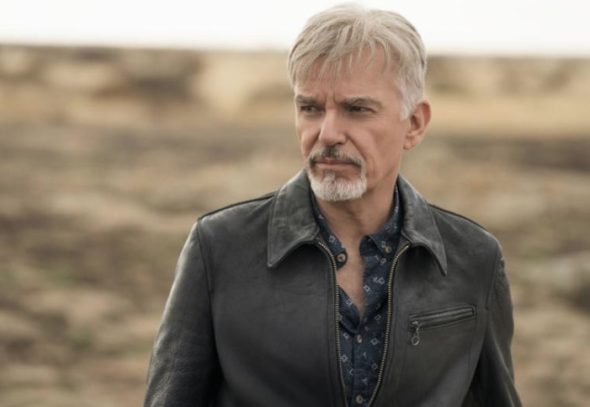 Goliath is getting ready for its final season and the Amazon Prime Video has now released a trailer teasing the return of the Billy Bob Thornton drama. Viewers will see the end of the series arrive in one eight-episode chunk on September 24th.

Amazon revealed more about season four of the Goliath in a press release.

In the final season, Billy returns to his Big Law roots after Patty (Nina Arianda) takes a job at a prestigious white-shoe law firm in San Francisco. Together, they try to take down one of America’s most insidious Goliaths: the opioid industry. As Billy deals with his own chronic pain and Patty can’t shake the feeling she’s being used, their loyalties will be tested, putting their partnership on the line. In a world where money can buy anything, even justice, they’ll have to risk everything to do what’s right. Goliath is from Amazon Studios, with executive producers Lawrence Trilling (Parenthood), Geyer Kosinski (Fargo), and Jennifer Ames and Steve Turner (Boardwalk Empire).”

Check out the trailer and new poster for Goliath season four below. 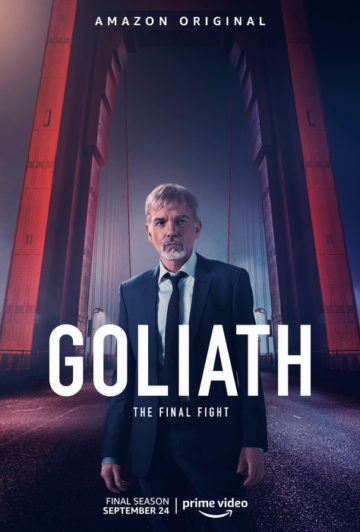 What do you think? Are you sad to see Goliath end on Amazon? Would you have watched a fifth season?

I love Goliath and don’t want to see it end. BBT brings great energy to the show. His whole crew are amazing.

Oh brilliant, he makes me laugh wuth his bad language too. It’s quite a must see the next episode stoty too. Yeay.

Yes Way!!! I’d rewatch past seasons and ALL future seasons!!!

Yes I would have watched a 5th season

Loved every season of Goliath 1st was probably still the best. I would have continued watching if they continued producing the show. The characters were so engaging.

Love Billy Bob Thornton and would love to see more of “Goliath “. Sorry that this will be the last season.