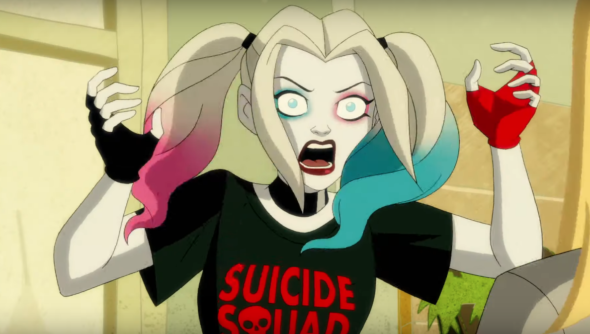 “This is gonna be the start of something huge.” DC Universe just released a new preview for their upcoming TV show, Harley Quinn.

Harley Quinn is slated to debut on DC Universe this fall.

Harley Quinn: Executive producers Patrick Schumacker and Justin Halpern, and supervising producer Jennifer Coyle premiered the pilot episode of the upcoming adult animated comedy series starring Kaley Cuoco (The Big Bang Theory), who voices the title role of Gotham city’s favorite Queenpin and is also an executive producer of the series. Fans were also treated to a new trailer highlighting even more laughs that will be coming their way this season. The series will premiere on DC UNIVERSE this fall.”

What do you think? Are you a DC Comics fan? Will you watch Harley Quinn?