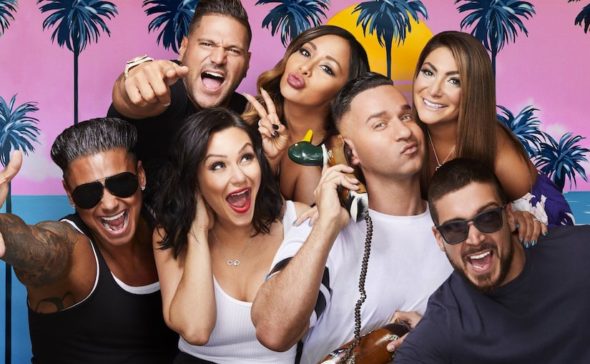 A new season of Jersey Shore Family Vacation is coming to MTV in time for the holidays. The cable channel has released a fourth season preview, and fans can expect more fun and drama that only the Jersey Shore gang can provide. Viewers will see more of the exploits of Deena Nicole Cortese, Paul “Pauly D” Delvecchio, Jenni “JWOWW” Farley, Vinny Guadagnino, Ronnie Ortiz-Magro, Angelina Pivarnick, and Mike “The Situation” Sorrentino in November.

MTV revealed more about the return of the series in a press release.

“MTV today announced that its powerhouse series Jersey Shore Family Vacation is set to return this holiday season with back-to-back episodes on Thursday, November 19th at 8PM ET/PT. Following an explosive season-three finale, which was the highest-rated episode since 2018, the pop-culture phenomenon returns for season four to make “Jerztory” as the world looks a little different and social distancing is the new rule.

For the first time ever, it’s Jersey Shore ‘Bring the Family’ Vacation as our favorite roommates take over an entire resort living their best lives in their own “Shore” bubble.

With more than 10 years of ups and downs and humor and heart, the cast has always made it out on the other side stronger than ever — until now. Angelina’s wedding and the speech heard around the world left the family fractured, leaving the boys with only one option — make the family whole again. So, DJ Pauly D takes over a resort and with the help of Mike “The Situation,” Vinny and Ronnie, they hatch a plan to reunite the girls, invite the extended family to distract them from the drama, and hope for the best. It seemed like a good idea at the time, but with this group you never know what will happen.

Check out the preview for season four of Jersey Shore Family Vacation below.

What do you think? Are you a fan of the Jersey Shore gang? Will you watch the new season of Jersey Shore Family Vacation on MTV?

I am glad that the Jersey Shore will come back for the 4 seasons. Good luck with the new season.