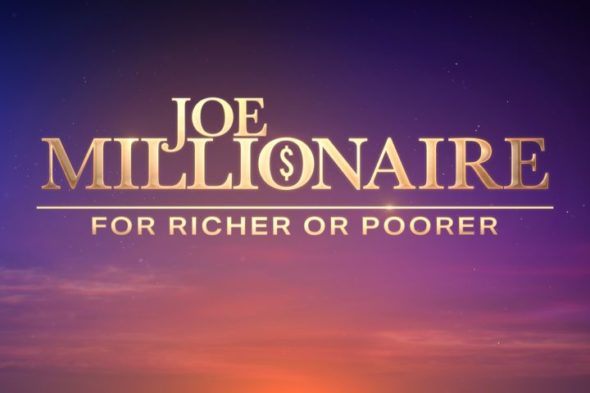 Joe Millionaire: For Richer or Poorer premieres on FOX in January, and the network has released teasers for the revival of the Joe Millionaire reality series. The previews introduce fans to the two men looking for love  — one of them is wealthy and the other is not.

FOX revealed the following about Joe Millionaire: For Richer or Poorer:

“A twist on the original unscripted FOX dating series that turned reality television on its head, JOE MILLIONAIRE: FOR RICHER OR POORER will feature two single men – one is a millionaire, and the other is an “average Joe” with little to his name. Twenty women will date both of them, but they will have no idea which Joe is rich. As love connections are made and each guy finds his perfect match, the women must ask themselves what is more important… Love or Money?”

Joe Millionaire: For Richer or Poorer premieres on January 6th. Check out the previews for the upcoming series below.

What do you think? Do you plan to watch the new Joe Millionaire?

They did this same show about 20 years ago. It even had the same name. It was pre The Batchelor show on what ever God awful channel that’s on.

I think I will have to pass on watching the show