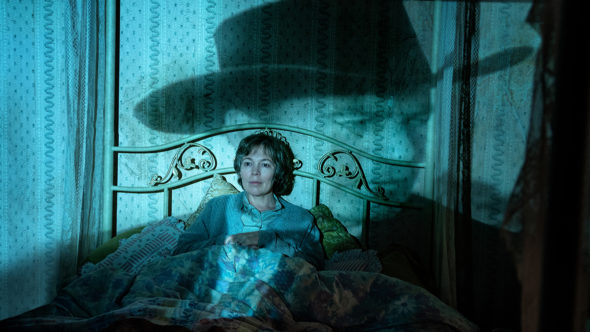 Landscapers is coming to HBO soon, and the cable channel has released a preview for the limited series. David Thewlis and Olivia Colman star as a couple who have their lives turned upside down when two dead bodies are found in a garden. Others in the cast include Kate O’ Flynn, Dipo Ola, Samuel Anderson, David Hayman, Felicity Montagu, and Daniel Rigby.

Inspired by real events, LANDSCAPERS tells a unique love story involving Chris and Susan Edwards (Thewlis and Colman), a seemingly ordinary British couple who become the focus of an extraordinary investigation when two dead bodies are discovered in the back garden of a house in Nottingham. Will Sharpe (The Electrical Life of Louis Wain, Flowers) directs the exploration of love and fantasy, which is created and written by screenwriter Ed Sinclair. Additional cast includes Kate O’ Flynn (Bridget Jones’s Baby), Dipo Ola (We Hunt Together), Samuel Anderson (The History Boys), David Hayman (The Boy in the Striped Pajamas), Felicity Montagu (I’m Alan Partridge), and Daniel Rigby (Eric and Ernie, Flowers).

LANDSCAPERS is produced by SISTER in association with South of the River Pictures for HBO and Sky Studios. Executive Producers are Jane Featherstone and Chris Fry for SISTER, and Ed Sinclair and Olivia Colman for South of the River Pictures. LANDSCAPERS is produced by Katie Carpenter and directed by Will Sharpe who also serves as Executive Producer.”

Check out the preview for Landscapers below.

What do you think? Are you planning to check out Landscapers on HBO?