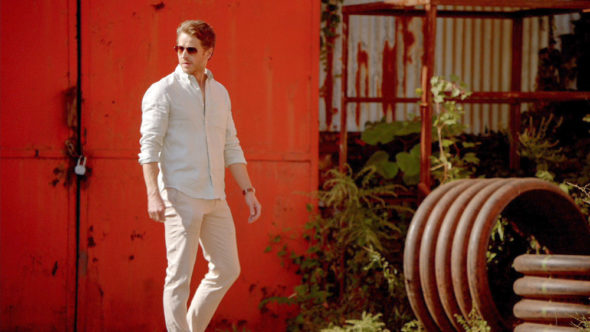 Manifest is set for its big return to NBC on Thursday, and fans learned more about the third season during a virtual Wondercon panel held on Saturday. The first five minutes of the season were also released. The clip features Ben Stone (Josh Dallas) in Cuba as he searches for a ship that’s connected to the disappearance of Flight 828.

Athena Karkanis, J.R. Ramirez, Luna Blaise, Jack Messina, Parveen Kaur, and Matt Long also star in the drama which dives into the mystery of the survivors of Flight 828 who have returned after being missing for five years,

Per Syfy Wire, Jeff Rake, the showrunner of the NBC series, said the following about what season three of Manifest is about:

“I would say that Season 2 is about understanding and embarking on a path towards redemption. Season 3 is about understanding that redemption is much more interconnected than any of us realize. That idea of interconnectedness continues to play a big part in our storytelling in literal real ways and in metaphorical, thematic ways. What the viewers will come to discover in Season 3 is that idea of interconnectedness and that the path to redemption might not just be about personal choices that we make as individuals, but about the choices we all make as a community. [It] comes to impact all of our heroes in a very real, profound, and important way.”

Viewers will also see more of the Callings (a strong impulse toward a course of action) during season three, and they will involve at least two of the survivors of Flight 828 each time one happens.

Check out the clip and video of the panel from Wondercon below.

What do you think? Are you a fan of Manifest? Do you plan to watch the third season premiere of the sci-fi TV series on NBC later this week?

That guy with the dog

This has got to be the final season. No way the show goes for six, NBC will pull the plug. They need to wrap it up in the seven remaining episodes.

The episodes continue to be the same plot each time. Gets really repetitive. 6 seasons is gonna be to long. You will lose viewers and ratings with the same story line episode after episode.

I got very bored with it after season one and have no interest and seeing any more episodes.

I love this show it’s great I’ve been so excited for its return.