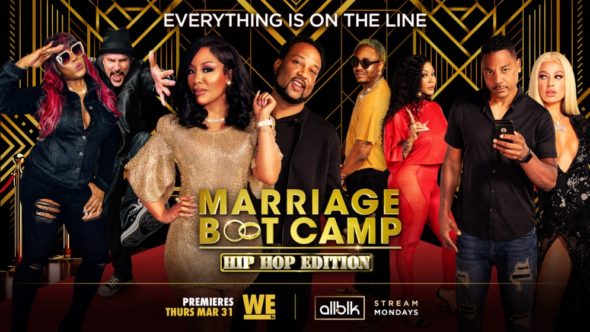 A new season of Marriage Boot Camp: Hip Hop Edition is coming to WE tv next month. The cable channel has released details about the relationship reality show’s return and a trailer featuring K. Michelle, Gangsta Boo, Lyrica Anderson, and Rich Dollaz.

WE tv revealed the following about what viewers will see when the series returns next month:

Resident counselor Dr. Ish Major along with the established Judge Lynn Toler return this season to help the couples confront lies, betrayal, and bitter rivalries. Dr. Ish’s unique sensibilities are going to be doled in a no B.S. fashion to pull these celebrities out of the clouds and bring them back to reality. Judge Toler will also help guide the hip-hop couples with her tough love approach and by laying down the law. Together

Dr. Ish and Judge Toler will try to mend these broken relationships, but will they lean into the process, or will they let it break them? When secrets are exposed, will their relationships survive?”

Check out the teaser for the new season of Marriage Boot Camp: Hip Hop Edition below.

What do you think? Are you excited about the new season coming to WE tv?