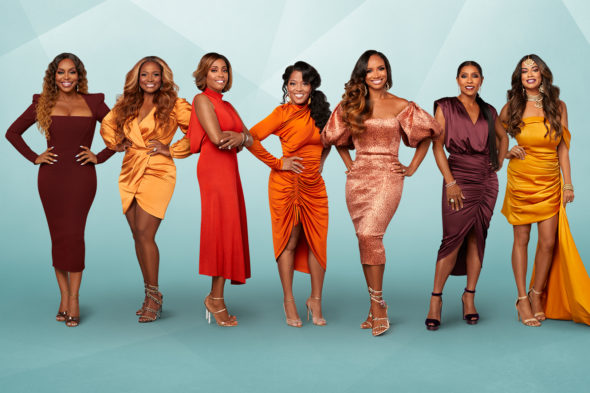 Bravo revealed more about the upcoming season of Married to Medicine in a press release.

“Coming up this season:

· Dr. Jackie is on a serious mission to step into a new phase of her best life. Her dream home is complete, her friendship with Dr. Simone is rekindled, and with her medical practice in overdrive for the first time she is contemplating hanging up her coat as full-time MD to pivot to business mogul status. While Dr. Jackie has shared most of her plans with her husband Curtis, and although he is on board… their expensive lifestyle is a cause for pause. Will Dr. Jackie really be able to let go and slow down or will she fill the void with more business ventures?

· Dr. Heavenly is once again embracing her two biggest passions – expanding her empire and trying to keep her family close – however while she tries to balance her practice, Dr. Damon’s practice, opening her new beauty supply store, and preparing for her daughter Alaura to go to college, she is in over her hair. Also in the friendship department, Heavenly’s bond with Contessa and some of the ladies is in need of repair after her social media posts have left everyone giving her the side-eye. As Heavenly tries to pick up the pieces will she be able to mend relationships and get things back on track?

· Dr. Simone is moving in a positive direction, although she has admitted to being “on the petty boat” last year, she has now disembarked for good. Her friendship with Dr. Jackie is off to a fresh start. She is in a very happy and loving place with her husband Cecil. They have a new business venture and are ready to put everything about their relationship on the table to help others by writing a book. Dr. Simone and Cecil have their sights set on making it on the next bestseller list, only if they can make it through the writing process in one piece.

· Dr. Contessa is at a crossroads in her life and is determined to no longer live in confusion. Dr. Contessa and Dr. Scott are working on getting their relationship on one accord. She is also venturing into fitness training to compete in a bikini body competition and with her personal life in desperate need of resuscitation, Contessa has stepped away from many of her closest friends including Dr. Heavenly. Will getting back her beauty queen body give her the confidence to finally stand up for herself in her marriage?

· Miss Quad has arrived and is living her champagne wishes and caviar dreams out in her new multimillion-dollar home that she bought on her own. Quad is no empty-nester as she is moving her mother and her clever 6-year-old nephew, Mason in with her. Her life has quickly shifted from an easy-going single life to a full house of family, homework reviews and chaos in the blink of an eye. She is wearing many hats of responsibility while also trying to make time to take a dip in the dating pool.

· Toya has had the weight of life on her shoulders for the past year and she is ready to shed the negativity and move forward. She and Dr. Eugene have moved into a new home temporarily while they look to build their next forever home. Toya is also working on mending friendships and her marriage with Dr. Eugene that will be tested when a swirl of rumors begin to brew.

· Anila is returning to a bit of normalcy with her husband, Dr. Kiran’s practice back in full swing and their home construction finally complete. With the sudden departure of their long-time nanny, Anila and Dr. Kiran agree to consider moving her parents in to help with the kids, but at what price and on whose terms? And after a traumatic burglary occurs at her new home Anila is left to pick up the pieces and choose between friends and foes.

· New friend, Audra is a decedent of African royalty and a successful real estate attorney who is engaged to Dr. Martin Curry. They are living the American dream along with Audra’s son, Kingston. Her fiancée, Dr. Martin is the man of her dreams and a dentist launching a luxury dental spa practice. Audra and Dr. Martin are a young and vivacious couple ushering in the next generation of successful doctors and professionals in Atlanta. Will they mesh well with this tight-knit medical group?

#Married2Med is back for Season 9! These peachy professionals are just what the doctor ordered! Have a dose of the full trailer here: https://t.co/0TxxuOArwZ pic.twitter.com/XjV6vvN5ho

What do you think? Are you excited about the return of Married to Medicine on Bravo?