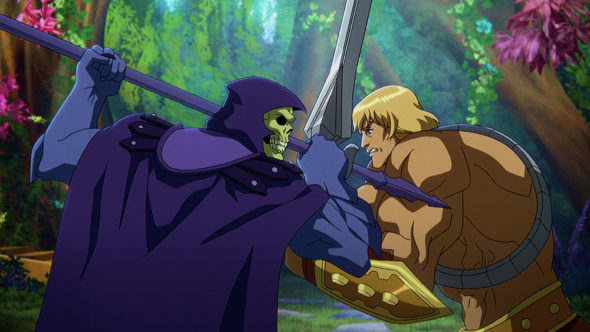 Netflix revealed the following about the upcoming season of the series in a press release.

“The war for Eternia continues in the second part of Masters of the Universe: Revelation, an innovative and action-packed animated series that picks up where the iconic characters left off. With Skeletor now wielding the Sword of Power, the weary heroes of Eternia must band together to fight back against the forces of evil in a thrilling and epic conclusion to the two-part series.”

Masters of the Universe: Revelation will return on November 23rd.

What do you think? Are you excited about the return of the Masters of the Universe: Revelation on Netflix?

Like every other remake, they get Skeletor completely wrong. Mark Hamill usually does a most unholy job with cartoon villains (i.e. The Joker) but not this time.

Overall, this series is still 666% better than whatever that OTHER mess on Netflix calling itself “Masters of the Universe” (but looking like some bad Pokemon ripoff) was.