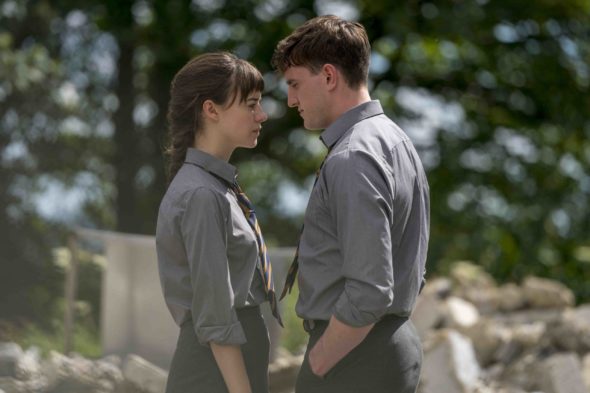 Normal People is headed to Hulu in April, and the streaming service is now giving fans a glimpse at the new series, which stars Daisy Edgar-Jones and Paul Mescal, in his first role. All 12 episodes of the drama will release at once for proper binging.

Hulu revealed more about the plot of the series in a press release. Check that out below.

“Based on Sally Rooney’s New York Times best-selling novel, Normal People tracks the tender but complicated relationship of Marianne and Connell from the end of their school days in a. small-town west of Ireland to their undergraduate years at Trinity College. At school, he’s well-liked and popular, while she’s lonely, proud and intimidating. But when Connell comes to pick up his mother from her cleaning job at Marianne’s house, a strange and indelible connection grows between the two teenagers – one they are determined to conceal. A year later, they’re both studying in Dublin and Marianne has found her feet in a new social world but Connell hangs at the side lines, shy and uncertain.

Honest, smart and intoxicating, Normal People sees the pair weave in and out of each other’s lives and explores just how complicated intimacy and young love can be.”

Check out the trailer released for Normal People below.