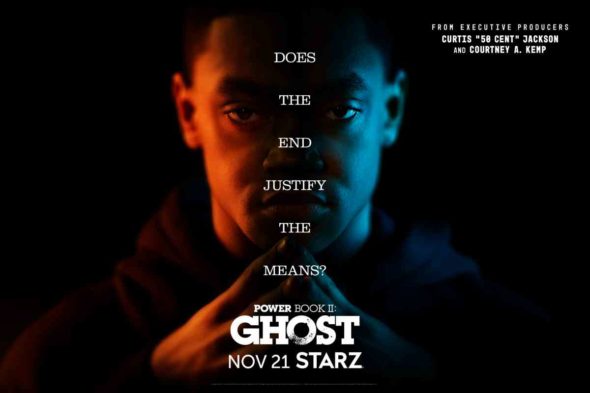 “STARZ debuts the new trailer for season two of hit series Power Book II: Ghost, revealing high stakes challenges and even bigger ethical dilemmas the characters face in the sophomore season. Premiering Sunday, November 21 at 8PM ET/PT across all STARZ platforms in the U.S. and Canada, it will air day and date internationally on the STARZPLAY premium streaming platform across its complete footprint in Europe, Latin America and Japan.

Check out the Power Book II: Ghost teaser below.

What do you think? Are you excited about the return of this Power series to Starz?

The Best Is yet to come!!

I just watched every season of “Power S1-6” and “PowerB2/Ghost S1” within the last 3wks via on demand. I know, I know.. I’m mad late. But better late than never. Watching “PowerB3/Raising Kanan” recently sparked that interest. I had to go back to how it started to really understand. And I’m glad I did, now I get the hype everyone made all these years. I’m finally on board and am looking forward to the thrills of PB2S2- ON TIME.

I watched the 3rd episode where’s the 4th