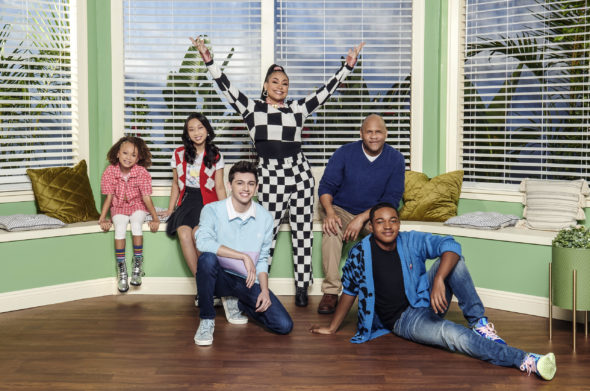 Raven’s Home is returning to Disney Channel for its fifth season next month and the cable channel has released a trailer. Starring Raven-Symoné and Ryan Brown, the new season follows Raven and her son as they return home to San Francisco to take care of her father after a heart attack. Other cast members include Rondell Sheridan, Mykal-Michelle Harris, Felix Avitia, Emmy Liu-Wang, Adrienne Bailon-Houghton, and  Marissa Reyes.

“Raven’s Home, the long-running hit comedy series starring and executive produced by Raven-Symoné, will return for its fifth season on FRIDAY, MARCH 11, at 8:00 p.m. EST/PST on Disney Channel and DisneyNOW. A spinoff of the iconic Disney Channel comedy That’s So Raven (2003-2007), Raven’s Home follows the hilarious adventures driven by somewhat psychic Raven Baxter (Raven-Symoné) and her son Booker (Issac Ryan Brown), who has inherited his mom’s gift to catch glimpses of the future.

In season five of Raven’s Home, Raven and Booker move back to San Francisco to help take care of her dad after a mild heart attack. Now Raven finds herself parenting her parent, raising her young cousin, and settling into life in her old hometown. Meanwhile, Booker is “the new kid” at Raven’s old high school and has to keep his visions a secret from a new group of friends.

Adrienne Bailon-Houghton (The Real), who portrayed Raven’s arch-nemesis Alana in That’s So Raven, will return in a recurring role as a grown-up version of the character, who is now the principal at Bayside High. Also joining in a recurring role is Marissa Reyes (Spirit Halloween) as Cami, a popular and ambitious girl with a rebellious streak.

Check out the preview for Raven’s Home season five below.

What do you think? Are you excited about the return of Raven’s Home on Disney Channel?

I can’t wait to see the new cast