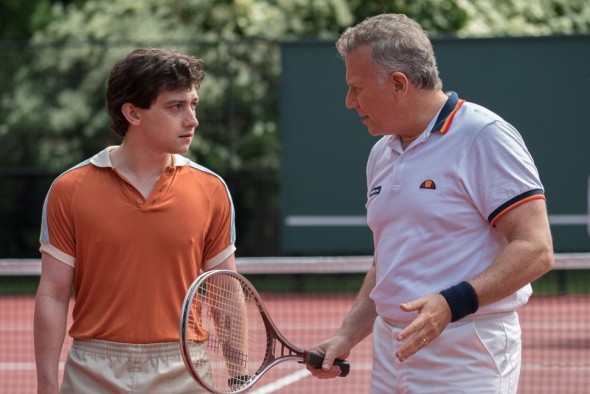 “Ever wonder if you’re wasting your time?” Amazon has just released the official trailer and premiere date for season three of Red Oaks.

The third and final season of Red Oaks debuts on Amazon on October 20th.

It’s the summer of ’87 and change is in the air at Red Oaks. David is chasing his dream to become a director in NYC. Wheeler and Misty have taken their relationship to the next level but face unforeseen obstacles. Getty is making lemonade of lemons in prison. Sam (Richard Kind) and Judy (Jennifer Grey) are finding new and unexplored passions in Jersey. Meanwhile, back at Red Oaks, Nash finds that the club’s future might in danger. Executive Produced by independent film stalwarts Steven Soderbergh & David Gordon Green, Amazon’s nostalgic coming-of-age comedy returns for a third and final season of life lessons couched in summer shenanigans at Red Oaks country club.”

What do you think? Are you a fan of Red Oaks? Are you looking forward to the new season?