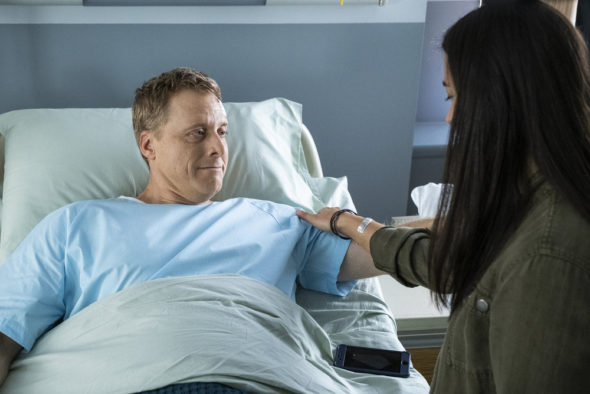 Syfy revealed the following about the return of the series:

“Resident Alien Season 2 is almost here! We can finally get some answers to those burning questions from Season 1 like what did Harry (Alan Tudyk) do with his stowaway Max (Judah Prehn)? Will Asta (Sara Tomko) be able to repair her relationship with her estranged daughter Jay (Kaylayla Raine)? What new characters might we meet? Watch the new season of Resident Alien, January 26th at 9/8c on SYFY.”

Check out the trailer for Resident Alien season two below.

What do you think? Are you excited about the second season return of Resident Alien on Syfy?

Can’t wait. The first series was a refreshing change.

I love resident alien can’t wait to see it. I go way back to seeing flash gordon…I’m into ufos. And the day the earth stood still..movie. Thank you

It’s so dorky, I loved it. Can’t wait for season 2