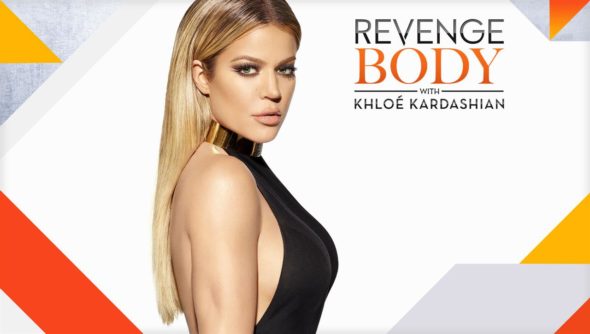 The Kardashians are taking over Sunday nights this summer. E! just announced the premiere dates for season three of Revenge Body with Khloé Kardashian and the new TV show Flip It Like Disick.

An unscripted series, Flip It Like Disick will bring “viewers inside the lavish personal and professional world of Scott Disick, as he tackles his most extravagant endeavor yet; high-end home flipping and remodeling.” The new series debuts on August 4th at 10 p.m. ET/PT.

Los Angeles, CA – May 29, 2019 – It’s a summer of reinvention and renovation as E! rolls out its signature “Sunday nights on E!” summer programming line-up. Airing every Sunday night on the pop culture network, E! will bring laughs, tears, and transformational stories as Khloé Kardashian helps to inspire people to change their lives, bodies, and minds on the third season of “Revenge Body with Khloé Kardashian,” while Scott Disick revamps high end real estate on the brand new series, “Flip It Like Disick.”

Premiering Sunday, July 7th at 9p ET/PT, the third season of “Revenge Body with Khloé Kardashian” will feature a new group of men and women finding the strength to prove to themselves, and those who have been negative forces in their lives, that they’re worthy of love and respect. With the guidance of model, TV personality, mom, and author of the New York Times bestselling book “Strong Looks Better Naked,” Khloé Kardashian, joined by her premier group of health, beauty, and style experts, will give these individuals the encouragement they need and the help they desire to become better versions of themselves, for themselves. This season, audiences will once again take a powerful journey alongside participants as they turn their pain into empowerment through their emotional and physical transformations. With the help of Khloé and their devoted trainers, participants’ uplifting stories will highlight their struggle, resilience, and ultimate redemption. Returning this season are celebrity trainers Ashley Borden, Corey Calliet, Simone De La Rue, Luke Milton, Latreal Mitchell, Harley Pasternak, Gunnar Peterson, and Nicole Winhoffer, together with new celebrity trainers Leyon Azubuike and Autumn Calabrese.

Then on Sunday, August 4th at 10p ET/PT, E! is moving into the neighborhood of real estate and luxury renovation with the new series “Flip It like Disick,” bringing viewers inside the lavish personal and professional world of Scott Disick, as he tackles his most extravagant endeavor yet; high-end home flipping and remodeling. Fueled by Disick’s passion for property development, which began almost five years ago when he successfully flipped his first investment, this series follows him and his dynamic, hilarious and headstrong team, which includes former pop singer-turned-interior designer Willa Ford; Disick’s best friend Benny Luciano; their all-star short-tempered contractor Miki Moor; Benny’s wife and realtor Kozet Luciano; and Disick’s assistant Lindsay Diamond. Led by Disick, the group will convert unique home projects for his celebrity friends and family, including guestrooms, studios and his kids’ playhouse at their mother Kourtney’s home, as well as transform an ambitious multi-million dollar property in Los Angeles.

“Flip It Like Disick” is produced by STXtelevision with Tower 2 Productions and Ryan Seacrest Productions, with Ryan Holcomb, Jason Goldberg, Lori Gordon, Scott Disick and Kris Jenner serving as executive producers. Follow along across social using hashtag #FlipItLikeDisick on Twitter, Instagram and Facebook.”

What do you think? Do you watch Revenge Body? Will you check out Flip It Like Disick?