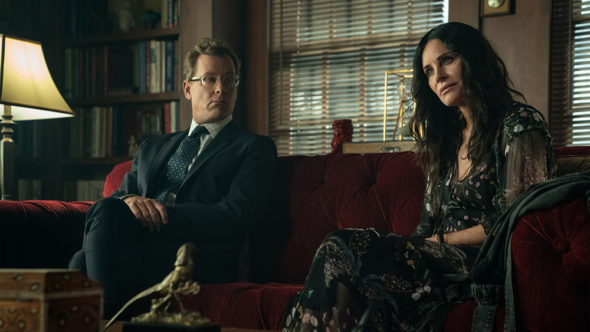 Shining Vale is coming to Starz next month and the cable channel is now giving a look at the upcoming series with the release of a new trailer. Starring Courteney Cox, Greg Kinnear, Gus Birney, Merrin Dungey, Dylan Gage, and Mira Sorvino, the horror-comedy series follows a family who moves out of New York City and discovers their new house is haunted.

Shining Vale premieres with two episodes Sunday, March 6, 2022 at midnight on the STARZ app, all STARZ streaming and on-demand platforms, and internationally on the STARZPLAY premium streaming platform across Europe, Latina America and Japan. On linear, it will debut on STARZ at 10:20PM ET/PT in the U.S. and Canada.

About Shining Vale
Pat and Terry Phelps (Cox and Kinnear) cash in their life savings and move from a cramped apartment in Brooklyn, to an old Victorian mansion in Shining Vale, Connecticut as a last-ditch effort to save their marriage after Pat’s torrid affair with Frank, their young hot handyman who came over to fix the sink while Terry was at work. To make matters worse for Terry, Frank never fixed the sink, yet still charged him for it!

Buying a 200-year-old house that was on the market for almost three years and sold for more than $250K below asking seemed like a good idea on paper, but Pat senses that the Phelps are not alone; especially when an old-fashioned-looking woman appears hovering outside their family room window.

The Phelps quickly learn why the agents were so motivated to sell the house for a fraction of the asking price. Seems a few details were glossed over, including a triple murder-suicide and a host of other atrocities they neglected to mention. But neither Terry nor the kids seem to notice that something is horribly wrong with their new home; only Pat can see things move and hear the bumps in the night. She’s also the only one who sees the spirit of the person who used to live there, Rosemary (Sorvino), a Fifties housewife who may or may not be trying to take over Pat’s body. Is Pat depressed, or possessed? Turns out the symptoms are exactly the same.

Everyone has their demons, but for Pat Phelps, they may be real.”

Check out the previews for Shining Vale below. 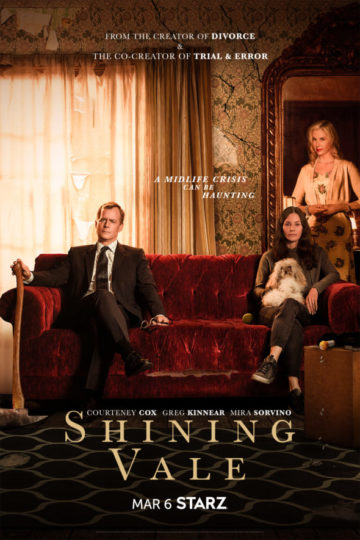 What do you think? Are you planning to check out Shining Vale on Starz next month?