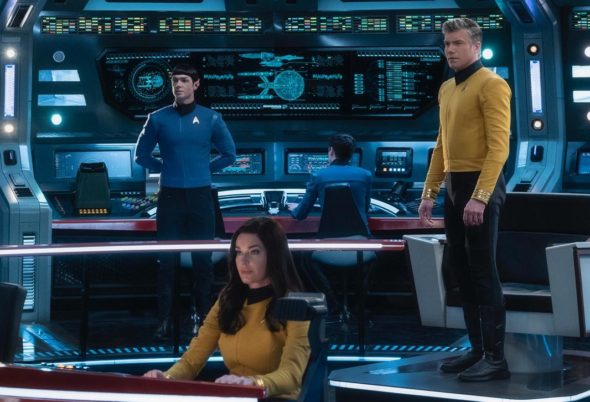 Star Trek: Strange New Worlds is coming to Paramount+, and some cast additions have been highlighted in a new video. Anson Mount, Rebecca Romijn, and Ethan Peck (all above) are being joined by Jess Bush, Christina Chong, Celia Rose Gooding, Melissa Navia, and Babs Olusanmokun on the sci-fi series. Some of the new cast members will be playing characters that we first saw in the original Star Trek series.

Paramount+ revealed the roles the actors will play in the series in a press release.

Their character names are as follows:

What do you think? Are you excited to see these new faces on Star Trek: Strange New Worlds on Paramount+?

Delighted at the prospect. Anson Mount is simply outstanding as Pike. I am anticipating liking this show substantially more than the most recent offerings in the franchise.