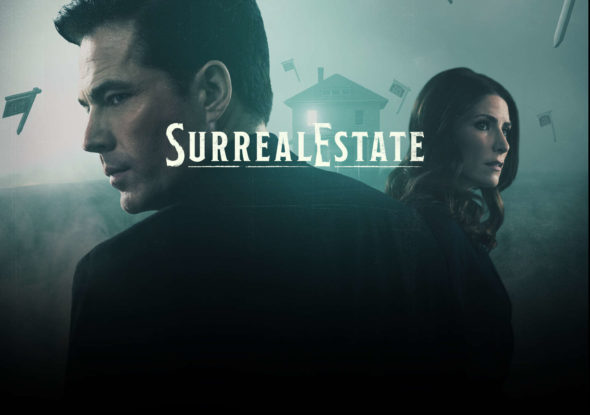 Tim Rozon, from Wynonna Earp, won’t be away from Syfy for long. The actor’s new series, now titled SurrealEstate, has a premiere date set for July. A trailer for the series has also been released.

Syfy revealed that the series follows “realtor Luke Roman and an elite team of specialists that handle the cases no one else can: haunted and possessed houses that literally scare would-be buyers away. Researching, investigating and ‘fixing’ the things that go bump in the night, the team works to create closure – and closings — even as they struggle with demons of their own.”

The drama arrives on July 16th at 10 PM. Check out the trailer for SurrealEstate below.

What do you think? Are you planning to check out SurrealEstate on Syfy next month?

I got to like Tim Rozon, when he played Doc Holiday. I will definitely take a gander at his new series, SurrealEstate.

This looks so good. I had to do a double take because I couldn’t believe that it was Tim Rozon from Wynonna Earp. He looks and sounds different.

When I read the description, I thought this show is idiotic. Then I watched the trailer and quickly changed my mind. It looks promising. We’ll see.