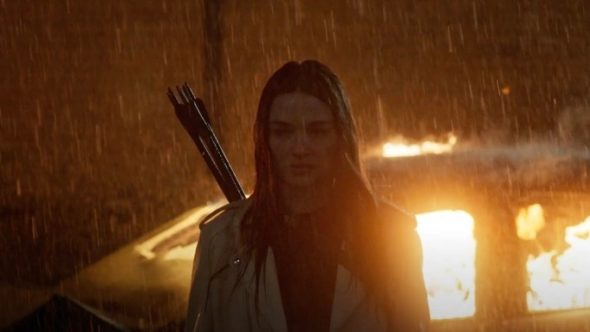 “Paramount+ today revealed the official teaser trailer for TEEN WOLF THE MOVIE during the film’s Hall H panel at San Diego Comic-Con with panelists Jeff Davis, Tyler Posey and Tyler Hoechlin. TEEN WOLF THE MOVIE is written and executive produced by Davis, who is also writing and executive producing the upcoming Paramount+ original series WOLF PACK. The film will stream exclusively on Paramount+ in the U.S., Canada, U.K. and internationally where the service is available.

In TEEN WOLF THE MOVIE, produced by MTV Entertainment Studios and MGM’s Orion Television, a full moon rises in Beacon Hills and with it a terrifying evil has emerged. The wolves are howling once again, calling for the return of Banshees, Werecoyotes, Hellhounds, Kitsunes and every other shapeshifter in the night. But only a werewolf like Scott McCall (Posey), no longer a teenager yet still an Alpha, can gather both new allies and reunite trusted friends to fight back against what could be the most powerful and deadliest enemy they’ve ever faced.”

Check out the trailer for Teen Wolf: The Movie below.

What do you think? Are you excited about the return of the Teen Wolf characters?

Loved the series looking forward for the movie

Look forward to seeing it movie so good this show I loved it but Michael J Fox so funny love it and enjoy it. Both really good drama.