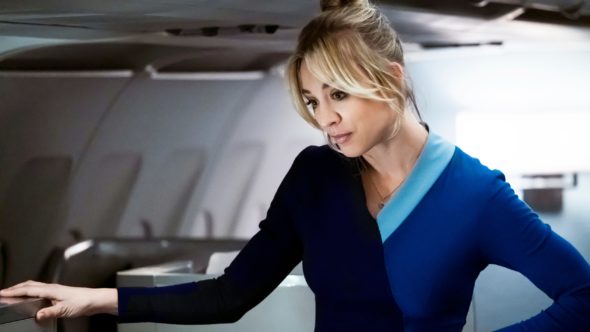 The Flight Attendant is returning for its second season in April. HBO Max announced the premiere date for the comedy-thriller starring Kaley Cuoco with the release of a trailer. Michiel Huisman, Rosie Perez, Zosia Mamet, Michelle Gomez, T.R. Knight, Colin Woodell, Merle Dandridge, Griffin Matthews, and Nolan Gerard Funk also star in the series which is based on the novel by Chris Bohjalian.

Cassie Bowden (Kaley Cuoco) is living her best sober life in Los Angeles while moonlighting as a CIA asset in her spare time. But when an overseas assignment leads her to inadvertently witness a murder, she becomes entangled in another international intrigue. The season filmed in Los Angeles, Berlin and Reykjavik.”

Check out a preview for The Flight Attendant season two below.

What do you think? Are you excited about the second season of this HBO Max series?

Look forward to seeing it such a great show last year . Hopefully better season juicy mystery drama. Not use this type of shows Kaley Cisco from The Big Bang Theory sitcom.