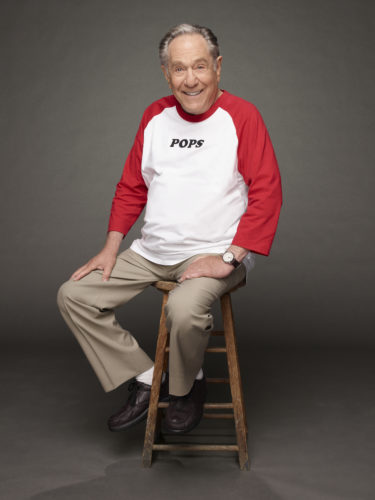 The Goldbergs is getting ready to say goodbye to George Segal. The late actor’s final episode will air on Wednesday night on ABC and a special tribute will play at the end. Segal, who died earlier this week following complications from bypass surgery, played Albert “Pops” Solomon on the comedy.

The cast and crew of The Goldbergs said the following about the actor after his death:

“On behalf of everyone at The Goldbergs we are devastated at the loss of our dear friend, George. He was kind, sweet, beyond talented and funny. George was the true epitome of class and he touched all of our lives so deeply. It was an honor and a privilege to have him as a colleague and friend all of these years. It is no surprise to any of us that knew him so well that he is a true national treasure. He will be missed by all. POPS, we will miss your banjo playing and your infectious laugh. Rest in peace.”

Check out a preview for the next episode of the ABC comedy below.

What do you think? Are you a fan of The Goldbergs on ABC? Are you sad that Segal will no longer be seen in the comedy?

I will miss George and Pops. He’s been a favorite of mine all of my life.

Love this show Pops is my favorite. RIP George Segal you will be missed dearly

Pops is the man! I’ll miss him! RIP George Segal!

I loved Pops! I always wanted a grandfather like him. He will be truly missed.

Sad , he is a mane character. RIP

George was a lovely man , we loved him as Pops in the Goldbergs. My heart goes out to his family on and off screen.He was indeed a treasure❤

I haven’t seen much of The Goldbergs, but I do admire him as a talent and he will be missed. I was sad to hear about his passing.

I love him on the Goldbergs. I’m so sad about this loss.