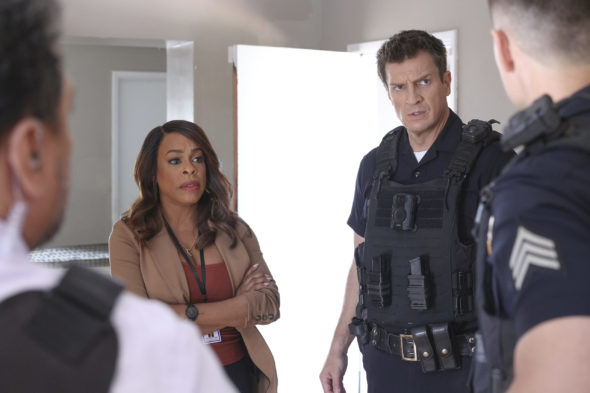 Get ready to see the oldest rookie in the FBI. A backdoor pilot for a possible new ABC series starring Niecy Nash is set to air on The Rookie later this month. The two-part event will air its first episode on April 24th. A trailer teasing the episode has been released.

ABC revealed more about the first of the two episodes in a press release.

“In part one of the two-part event, titled “Simone,” Officer John Nolan (Nathan Fillion) and the LA division of the FBI enlist the help of FBI trainee Simone Clark (Niecy Nash) when one of her former students is suspected of terrorism following an explosion at a local power station. The Rookie two-part event begins Sunday, April 24 (10:01-11:00 p.m. EDT), on ABC.

Niecy Nash (Reno 9-1-1, Claws) guest stars as Simone Clark, a force of nature, the living embodiment of a dream deferred – and the oldest rookie in the FBI Academy. Her two episodes set the stage for a potential untitled spinoff next season allowing the franchise to expand beyond the Los Angeles Police Department.”

Check out the trailer for the backdoor pilot below.

What do you think? Do you want a spin-off from The Rookie with Niecy Nash as a star?

A Niecy Nash spin off sounds great. I would watch for sure. Hervoice, her deliver, her presence are all riveting.

NO WAY !!! The Rookie is a good show, don’t need a spin off , especially with her ! Give me a break …,you are really pushing it…why ?
Did you ever hear “ leave well enough alone ?”

not sure it’s a good idea…

Yes on The Rookie spin off!