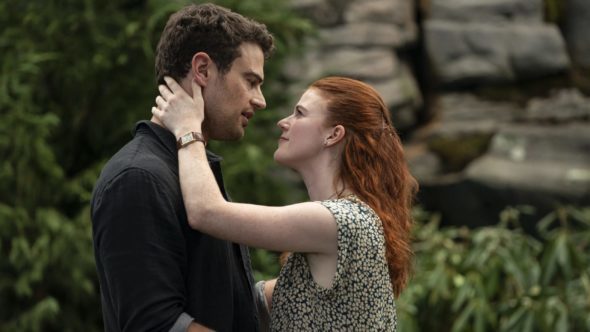 The Time Traveler’s Wife finally has a premiere date. The new sci-fi romantic drama series, based on the novel by Audrey Niffenegger, will arrive on HBO in May. The series tells the story of Henry, a librarian and unwilling time-traveler, and Claire, an artist who falls in love with him. Rose Leslie, Theo James, Desmin Borges, and Natasha Lopez star in the series.

“HBO original six-episode drama series THE TIME TRAVELER’S WIFE debuts SUNDAY, May 15 on HBO and will be available to stream on HBO Max. ·

Logline: An intricate and magical love story, adapted by Steven Moffat from the much loved novel by Audrey Niffenegger and directed by David Nutter, THE TIME TRAVELER’S WIFE tells the story of Clare and Henry, and a marriage with a problem… time travel.”

Check out the trailer for The Time Traveler’s Wife below.

What do you think? Are you planning to check out The Time Traveler’s Wife on HBO next month?