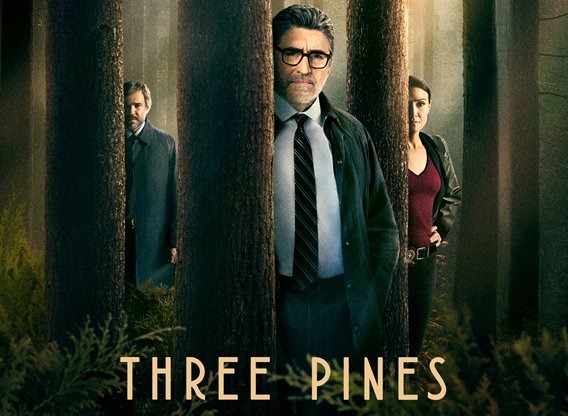 Three Pines is coming to Prime Video next month. The streaming service has announced a premiere date and released a trailer for the new mystery series starring Alfred Molina. The series follows Chief Inspector Armand Gamache (Molina) as he investigates cases that happen beneath the surface of the peaceful Quebec village of Three Pines. He discovers long-buried secrets and must face a few ghosts from his past. Rossif Sutherland, Elle-Máijá Tailfeathers, and Sarah Booth also star in the drama.

The series will premiere exclusively on December 2 with two episodes weekly on Prime Video in the US, Canada, UK, Ireland, Australia, New Zealand, Sweden, Denmark, Finland, and Greenland.

The empathetic and astute Chief Inspector Gamache is tasked with solving a number of mysterious and perplexing murders in the strange but beguiling village of Three Pines. Assisted by his trusted team, the combative and troubled Sargent Jean-Guy Beauvoir (Rossif Sutherland); the intelligent Indigenous working mother Sargent Isabelle Lacoste (Elle-Máijá Tailfeathers); and the accident-prone rookie Agent Yvette Nichol (Sarah Booth), the group are initially treated suspiciously by the village’s residents. Despite the cool welcome, Gamache can’t help but find himself oddly drawn to this unusual place and its eccentric residents-including the owners of the Bistro, Gabri (Pierre Simpson) and Olivier (Frédéric-Antoine Guimond), artists Peter (Julian Bailey) and Clara (Anna Tierney), psychologist turned bookshop owner Myrna (Tamara Brown), gallery owner Bea (Tantoo Cardinal), and the irascible poet Ruth (Clare Coulter). The deeper Gamache delves into the secret lives of these people who have found sanctuary from the outside world in Three Pines, the more it affects him.

Check out a preview for Three Pines below.

What do you think? Are you planning to check out Three Pines on Prime Video next month?

If it’s even a fraction as good as the books are it will be a hit! I hope they do this book series justice and if so will make all her books into series!