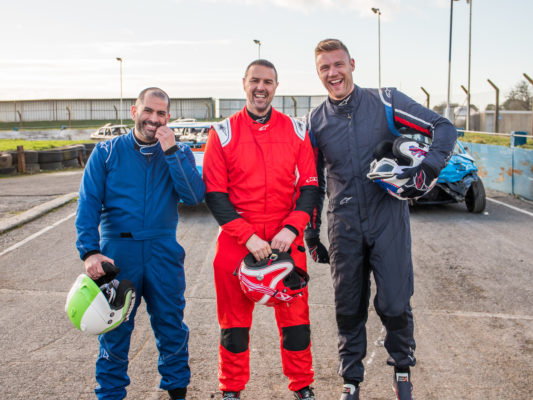 The new season will follow new hosts Freddie Flintoff, Paddy McGuinness, and returning host Chris Harris as they explore car culture across the globe, from Iceland to Ethiopia.

Season 27 of Top Gear is coming to BBC America this summer. Take a sneak peek below:

From the mountains of Ethiopia to the beaches of Wales, Top Gear has revealed a hint of what new hosts Freddie Flintoff, Paddy McGuinness and returning host Chris Harris have in store for viewers when the new season of the world’s biggest motoring entertainment show returns to BBC AMERICA this summer.

And it wouldn’t be Top Gear without a smorgasbord of the world’s most exclusive, weird and wonderful cars to keep even the grumpiest petrolhead happy – with everything from the McLaren 600LT; the Ferrari 488 Pista; the legendary Lotus 79 F1; a Daimler Hearse; a specially adapted electric Triumph Spitfire; and even an obscure French 1970s Matra Bagheera. As host Paddy McGuinness says, it’s “Just another day at the office!”

What do you think? Are you a fan of Top Gear? Are you excited for the new season?