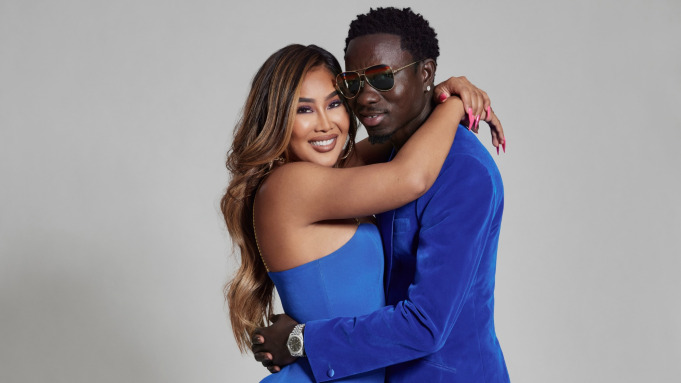 VH1 Couples Retreat is coming to the cable channel next month. Viewers will see Raymond Santana, one of the “Exonerated Five,” London “Deelishis” Santana, and Michael Blackson join Love & Hip Hop’s Ray J, Princess Love, Yandy Smith-Harris, Mendeecees Harris, Rasheeda Frost, and Kirk Frost in the series that will celebrate Black love while also exploring the challenges these couples face. A preview has also been released.

VH1 revealed more about the new reality series in a press release.

“VH1 today announced VH1 Couples Retreat, a six- episode series celebrating Black love, will premiere on Monday, March 29 at 8PM ET/PT. During a week-long vacation, cast members will take part in an honest and uncensored conversation on how celebrity couples showcase the challenges and triumphs of their relationships, navigating the complex waters of love, heartache and communication.

The series will also discuss various social issues including mental health, racial injustice, prison reform and more. In a high-tech world where everyone is living in the public eye and on social media, VH1 Couples Retreat takes a deep dive into the real conversations and candid, intimate moments that these very public couples have never revealed.

· Yandy Smith-Harris and Mendeecees Harris (Love & Hip Hop): After an incredible year of activism and an early release after four years of imprisonment, power couple Yandy Smith-Harris and Mendeecees Harris are reunited in the midst of the pandemic. Six months later, they’re still adjusting to life together – trying to pick up where they left off but facing new struggles and hidden conflicts from their four years apart.

· Deelishis and Raymond Santana: Deelishis and Raymond fell hard and fast for each other and got married quickly before realizing how difficult it would be to manage Raymond’s PTSD and Deelishis’ struggle to be recognized as more than a sex symbol. Mendeecees and Raymond Santana bond over the shared experience of lives interrupted by incarceration. As one of the wrongly accused adolescents in the “Exonerated Five,” Raymond spent his teen years locked up. While Mendeecees lost his freedom later in life, he did so as a father and a husband. Both bear the emotional scars of their experiences – anger, PTSD and shame – and struggle with how to shed their prison survival skills so that they can be loving, supportive husbands and fathers.

· Michael Blackson (Coming 2 America) and Rada: Michael and Rada are ready to bring their private and unconventional relationship, public– even to their own families. With fear of backlash for an interracial relationship, they’ve kept their interactions under the radar but now want to make their mark as a couple.

· Rasheeda and Kirk Frost (Love & Hip Hop): Rasheeda and Kirk have been known as the “relationship goals” couple that others strive to imitate but the truth is revealed when their issues and unresolved tension over past betrayals come to light.

· Ray J and Princess Love (Love & Hip Hop): In the early stages of divorce, Princess wants Ray J to stop disappearing for days at a time while he wants respect and acknowledgment for his hard work. As compromise seems unlikely, their relationship is in dire straits.

Check out a preview for VH1 Couples Retreat below.

What do you think? Are you planning to check out VH1 Couples Retreat when it arrives next month?