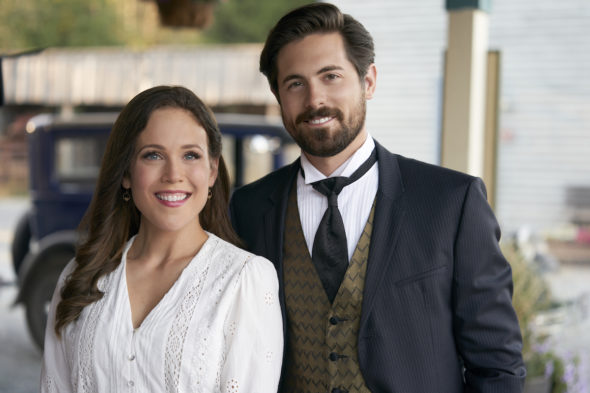 When Calls the Heart returns for its ninth season in March and Hallmark Channel has released several teasers for the new season. Starring Erin Krakow, Jack Wagner, Pascale Hutton, Kavan Smith, Paul Greene, Andrea Brooks, Chris McNally, and Kevin McGarry, the series is based on the novel by Janette Oke and follows the residents of Hope Valley.

Hallmark revealed more about the plot of season nine of When Calls the Heart in a press release.

“Hope Valley is in a state of growth, with the foundry’s progress and the evolution of key relationships. The Mayoral race has the town buzzing with a few members of the town running against one another. Elizabeth and Lucas focus on their relationship beyond courtship, and as she gets to know Lucas better, she learns about his past which gives Elizabeth pause about their future.”

Check out the previews for When Calls the Heart season nine below. The series returns on March 6th.

What do you think? Are you excited about the return of When Calls the Heart on Hallmark?

I enjoy When Calls the Heart so much. Could hardly wait until the new season began.

Kevin McGarry is the only reason I watch the show,

What I mean I just love ❤ the show

Please don’t cancel the show I just it

I’m so excited. I love this show – it is completely heart warming and I love the old pioneer days feeling to it. We don’t get this time period displayed much on shows… and you really can feel the love between the characters. Thanks for the great work everyone!

As an Australian viewer, I am always disappointed to note that all of the information contained in these releases does not apply to Australian customers. We currently only have up to Season 6 of When Calls the Heart available to watch. Can anyone tell me if/when we might catch up with the rest of the world and have seasons 7 and 8 available? No chance of seeing season 9 here anytime soon I’m sure.

Who carries the show in your area? I suggest contacting them and asking when they’ll air the newer seasons.

I look forward to When Calls the Heart and more Hallmark movies. My one request is to cut the music at tender moments– the music drowns out what they say because they are speaking softly. Very frustrating!!!

Saw first 6 series on Netflix and gutted I can’t watch any more don’t get Hallmark.

When is Lori Loughlin coming back.?

Hallmark has no plans to bring her back in forseeable future. Hopefully she will be a regular on When Hope Calls. It was good to see her on Christmas special.