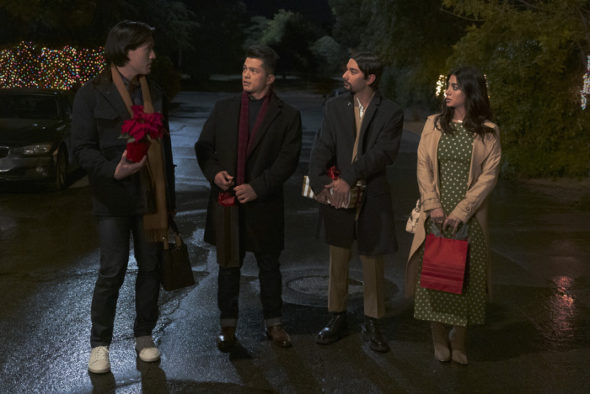 “Season One of the romantic comedy With Love will premiere Friday, December 17 on Prime Video, with the official first-look images out now. The five-episode Amazon Original series will be available exclusively in more than 240 countries and territories around the world.

With Love is a one-hour romantic comedy, written and created by Gloria Calderón Kellett, that follows the Diaz siblings – Lily and Jorge – who are on a mission to find love and purpose. Each of the five episodes, set during a different holiday throughout the year, follows Lily, Jorge, and the Diaz family over the course of 12 months as they experience the highs and lows of life during some of the most heightened days of the year.

With Love is created and executive produced by Gloria Calderón Kellett and produced by Kellett’s production company, GloNation, and Amazon Studios.”

Check out photos for season With Love season one below.

From our family to yours– here’s a first look at #WithLoveTV, coming to @PrimeVideo December 17! pic.twitter.com/03GBw6P5IK

What do you think? Are you excited to check out With Love on Amazon this December?