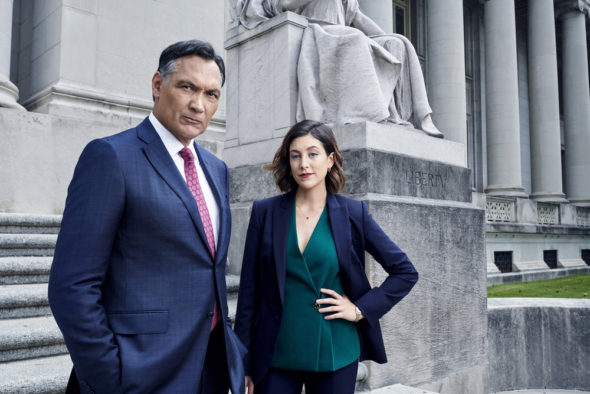 TV show description:
A legal drama, the Bluff City Law TV series is set in Memphis, Tennessee. Coming from a famous family that’s known for taking on injustice, a brilliant lawyer named Sydney Strait (McGee) used to work at her father Elijah’s celebrated law firm until their tumultuous relationship got in the way.

After barely speaking to her father for years, Sydney is suddenly thrust back into the family fold when her philanthropist mother passes away unexpectedly. In the wake of the loss of his wife and in hopes of reconnecting with the daughter he loves, Elijah (Smits) asks Sydney to rejoin his Civil Rights firm and take on a chemical company whose product may cause cancer.

Despite her lingering resentment and distrust, she agrees because she knows that working alongside her father is her best hope at changing the world — as long as they can find a way to get along. No sooner has Sydney returned than she stumbles on a secret that Elijah has been keeping from her that may change everything.

Series Finale:
Episode #10 — Perfect Day
Sydney and Elijah race against the clock to get political asylum for a journalist whose life is at risk. Emerson plans a Thanksgiving surprise for Elijah.
First aired: November 25, 2019.

What do you think? Do you like the Bluff City Law TV show? Do you think it should have been cancelled or renewed for a second season?

I thought the show was amazing. It was nice to see Jimmy Smits back on the air. I thought the story line was intriguing and it was easy to follow. I don’t get who makes these decisions. I used to be one who surveyed the tv shows and I would have given this a 10. The networks have no idea what Americans want. They think we are all stuck in reality tv shows. WE ARE NOT!!!! We appreciate good, solid shows like Bluff City Law. What were you thinking????

No it shouldn’t be canceled. This a great tv series and I think the writer’s should give it another season. This show has good morals and a great bond with a father and daughter after all of his mistakes he made in the past. Also the bond that the whole team has is remarkable. I wii really miss seeing them duke it out in court with their competitors.

I love this show! How can you draw us in to the characters then cancel it!!! We love these characters!

why in the world was Bluff City law cancelled, could have given a second chance with another season. extremely disappointed. Great cast, story line were exceptional.

PLEASE bring it back! It was the BEST new show last season and it has VERY good story lines!!

Please bring back Bluff City Law It is an excellent show but maybe it shouldn’t be put up against something too popular to start so people get a chance to watch it and love it first! I know I am not alone in hoping it returns!

Please don’t cancel this show. Bring it back. It’s a great show!!!