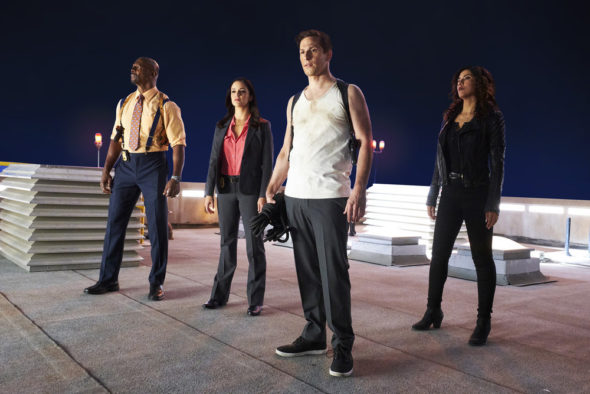 What’s the scuttlebutt around the 99th Precinct, during the sixth season of the Brooklyn Nine-Nine TV show on NBC? As we all know, the Nielsen ratings typically play a big role in determining whether a TV show like Brooklyn Nine-Nine is cancelled or renewed for season seven. Unfortunately, most of us do not live in Nielsen households. Because many viewers feel frustration when their viewing habits and opinions aren’t considered, we’d like to offer you the chance to rate all the Brooklyn Nine-Nine season six episodes for us here. **Status update below.

What do you think? Which season six episodes of the Brooklyn Nine-Nine TV series do you rate as wonderful, terrible, or somewhere between? Should NBC have cancelled or renewed Brooklyn Nine-Nine for a seventh season? Don’t forget to vote, and share your thoughts, below.

We are in love with Brooklyn 99. We binge watch all of the old reruns as often as possible. We just think the characters are utterly hilarious!!! Totally bummed to see the Gina character exit. We think she is a strong part of the cast, who keeps the hilarity rolling with ALL that she does.
PLEASE renew to give us more seasons of this awesomely funny show!!!
Not enough funny shows available on TV these days.:(

Season six premiere episode was a great start for the show.