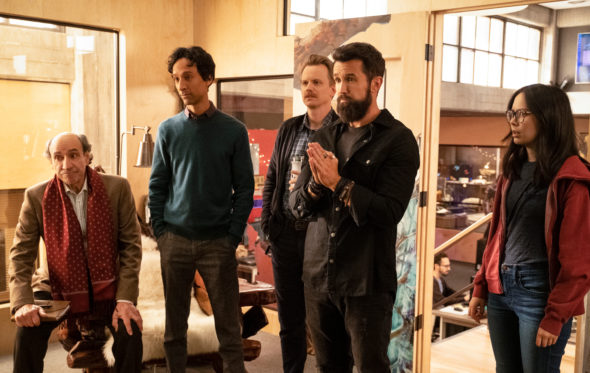 TV show description:
Co-created by Rob McElhenney, Charlie Day and Megan Ganz, Mythic Quest: Raven’s Banquet is a live-action comedy series. The show follows a team of video game developers as they navigate the challenges of running the biggest multiplayer video game of all time.

In a workplace focused on building worlds, molding heroes, and creating legends, the most hard-fought battles don’t occur in the game — they happen in the office.

What do you think? Do you like the Mythic Quest: Raven’s Banquet TV show? Do you think it should be cancelled or renewed for another season?