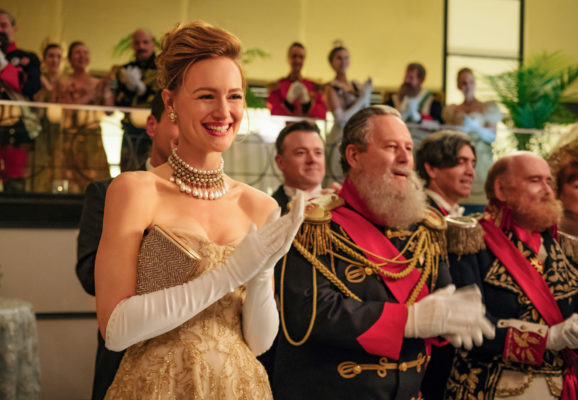 Does the Russian royal family have any surviving descendants? Is The Romanoffs TV show cancelled or renewed for a second season on Amazon? The television vulture is watching all the latest TV cancellation and renewal news, so this page is the place to track the status of The Romanoffs season two. Bookmark it, or subscribe for the latest updates. Remember, the television vulture is watching your shows. Are you?

An Amazon Prime Video anthology drama, The Romanoffs is a drama anthology from Mad Men creator Matthew Weiner. The series follows eight separate stories centering on characters who believe themselves to be descendants of the Russian royal family.

Unless they decide to publicize viewership, it is difficult to predict whether Amazon will cancel or renewed The Romanoffs for season two. It’s also not entirely clear if they intended this to be a one-and-done series. Since there’s certainly potential for additional seasons, I’ll keep an eye on the trades and update this page with breaking developments. Subscribe for free The Romanoffs cancellation and renewal alerts.

7/28/19 update: Amazon has cancelled The Romanoffs TV show after one season.

What do you think? Were you hoping that The Romanoffs TV show would be renewed for a second season? Are you sorry that Amazon cancelled this TV series, instead?

I just discovered season 1 of the Romanoffs. So good! Was hoping for another season!

Just read the show has been canceled.

Love this show! Hoping there will be a Season 2!

I certainly hope the Romanov series will continue. The writing and direction leave the watcher in thoughtful amazement. This really is a deeply provoking series on a historical subject that causes the same kind of provoking questions. Do please continue filming.

This show is amazing! The stories are beautiful, creative and unique and I would love to see more! Please create a second season!!!!

This series has many situations that are related with my actual life. Very interesting. Will love to see a second season.

Rich, Exceptional writing, very interesting characters! Doesn’t never compare to the uninteresting Julia-Homecoming, but that got all the press? Romanoffs season 2!!!