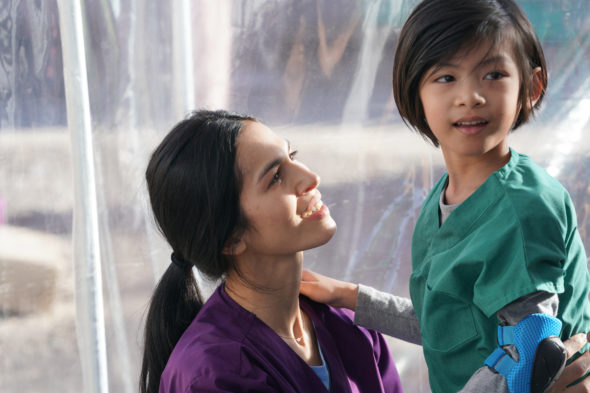 A FOX crime drama series, The Cleaning Lady TV show stars Elodie Yung, Oliver Hudson, Adan Canto, Martha Millan, and Valentino and Sebastien LaSalle. Shiva Negar, Jay Mohr, Liza Weil, and Eva De Dominici recur. In the story, Thony De La Rosa (Yung) is a whip-smart Cambodian doctor who comes to the U.S. for medical treatment to save her son, Luca (LaSalle), who’s been diagnosed with a life-threatening immunodeficiency disorder. When the system pushes her into hiding, Thony refuses to give up. After a run-in with a lieutenant of a powerful crime syndicate, Arman Morales (Canto), she becomes a cleaning lady for their operation. Crossing into a world of moral greys, Thony begins to live a double life, keeping secrets from her family, while cleaning crime scenes for Arman and dodging the law, including the smooth-talking FBI Agent Garrett Miller (Hudson) who is in pursuit.

What do you think? Which season one episodes of The Cleaning Lady TV series do you rate as wonderful, terrible, or somewhere between? Do you think that The Cleaning Lady should be cancelled or renewed for a second season on FOX? Don’t forget to vote, and share your thoughts, below.

*4/7/22 update: The Cleaning Lady has been renewed for a second season on FOX.

I love the cleaning lady, can’t wait until she comes back on. I think the second series is going to be about getting her son back, and doing away with her husband, she is in love with Arman

I absolutely love #TheCleaningLady and really hope it will continue!!

I look forward for season two! It definitely needs to happen.

I have looked forward to watching ‘The Cleaning Lady’ every Tuesday after work on Hulu! It has been one of my favorite shows in a while. I love the mystery, action, and suspense; while at the same time having a heartfelt parenting aspect of a desperate mother trying to save her child! I’m sad the season 1 is over and am holding my breath, hoping for a season 2 and so forth!

I can’t express enough how sad I was for season one of the cleaning lady to end! It is an awesome show that pulls you in and I can’t get enough of it. Please please please continue with a season 2!!

A million times I want to say to Fox studios to pretty please hurry up now and renew this freakin fantabulous show. It’s fresh and exciting and can you please make the renewal for season 2 to 10 with 24 episodes instead of just 10. Please.
Thanks in advance ☺ the super fans of this show.