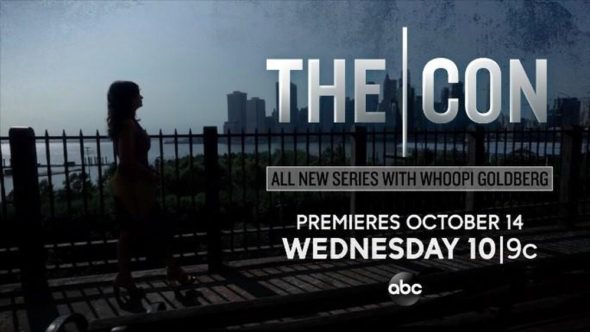 ABC has been airing a variety of docu-series this year, shows like Emergency Call, The Genetic Detective, and the venerable What Would You Do?. Now, the network has introduced another one called The Con. It seems like these shows are relatively inexpensive to produce but there’s still no guarantee that they’ll stick around. Will The Con be cancelled or renewed for season two? Stay tuned.

A documentary series from ABC News, The Con TV series is narrated by Whoopi Goldberg. The show explores the troubling tales of people taken in by claims and promises that proved too good to be true. It delves into a myriad of topics, from identity fraud and misleading romance to the high-profile college admission scandal and Fyre Festival. The reports reveal how the victims were fooled and the cost of their false trust — both emotionally and financially. Episodes feature interviews with key people caught up in the scams, including victims and eyewitnesses, and, in some cases, law enforcement and the perpetrators themselves.

4/1 update: You can see the latest night’s ratings in context.

What do you think? Do you like The Con TV series on ABC? Should it be cancelled or renewed for a second season?

Love the show, wouldn’t miss it and can’t wait for next season.

I think it was a good show considering this happens to a lot of lonely people. It certainly will help to enlighten vulnerable men and women for sure. Should have had it continue to the end three episodes isn’t enough for a true rating.