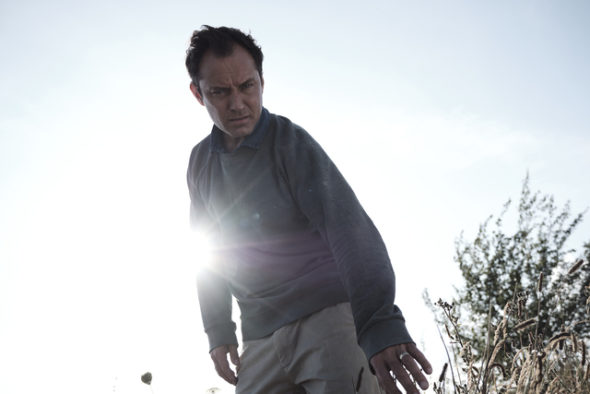 TV show description:
A dramatic series created by Dennis Kelly and Felix Barrett, The Third Day follows the individual journeys of a woman and a man who arrive on a mysterious island at different times. The six episodes of the first season are divided into two parts — Summer and Winter.

The Summer trio of episodes focuses on Sam (Law), a man who is drawn to a mysterious island off the British coast where he encounters a group of islanders who are set on preserving their traditions at any cost.

The Winter installments follow Helen (Harris), a strong-willed outsider who comes to the island seeking answers. Her arrival precipitates a fractious battle to decide the island’s fate.

In the UK, a live Autumn special airs after the first three installments and before the second set of three. It’s described as a “major immersive theatre event” and airs in one continuous take.

Series Finale:
Episode #6 — Last Day – The Dark
With a battle for power brewing, Helen (Naomie Harris) comes face to face with what she’s been searching for since arriving on the island. When the sisters are separated, Tallulah (Charlotte Gairdner-Mihell) witnesses a gruesome act of violence, and Ellie (Nico Parker) learns of their mother’s hidden agenda. As tensions reach a fever pitch for all those on Osea Island, Helen and her girls make a desperate final attempt to escape.
First aired: October 19, 2020.

What do you think? Do you like the The Third Day TV show? Do you think it should have been renewed for a second season?