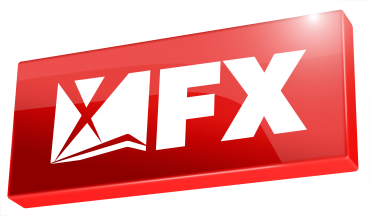 FX has ordered a new drama series, The Bridge. The cable channel has asked for 13 episodes. The season will go into production in the spring and will debut sometime in July.

It should be noted that this isn’t related to The Bridge TV series that came out of Canada and briefly aired on CBS a couple years ago.

FX HEADS FOR THE BORDER WITH NEW DRAMA SERIES “THE BRIDGE”

Series Scheduled to Debut this Summer

LOS ANGELES – February 12, 2013 – FX is headed for the border, placing a 13-episode order for The Bridge, a new drama series from Writer/Producers Meredith Stiehm and Elwood Reid starring Academy Award(r) Nominee Demián Bichir and Diane Kruger, it was announced today by John Landgraf, President and General Manager, FX Networks. A, Production begins in April and the series premieres in July. The Bridge is a co-production of Shine America and FX Productions

Set on the border between El Paso and Juarez, The Bridge centers on two detectives, one from the United States and one from Mexico, who must work together to hunt down a serial killer operating on both sides of the U.S.-Mexican border. Executive Producers Meredith Stiehm (Homeland) and novelist and television writer/producer Elwood Reid adapted The Bridge for American television from the international hit series Bron, which was set on the border of Denmark and Sweden. Bron was produced by Shine Group’s Filmlance and Denmark’s Nimbus Film Production,

“For years networks having been trying develop a drama series set on the U.S.-Mexican border without any success,” said Landgraf. “I’m thrilled to say that Meredith Stiehm and Elwood Reid have become the first to crack that creative code and they have done so magnificently,” said Landgraf. “There have been great films set in that world – No Country for Old Men and Lone Star come to mind – but never a great TV series. This one is special. The setting, the writing, the direction, and the way it is brought to life by Demián Bichir, Diane Kruger and the rest of the cast makes for truly riveting drama.”

Stiehm and Reid said, “Working with FX has been amazing. The border has so many rich and compelling stories to tell and John Landgraf, Nick Grad and Eric Schrier, along with the Shine America team, are just as excited as we are to bring those stories to life.”

“We are thrilled to partner with FX on ‘The Bridge,’ a series with tremendous auspices and a very strong international pedigree,” says Shine America CEO Rich Ross. “As our first scripted series launch under the new Shine America banner, we could not be more proud of the team that has been assembled by Meredith, Elwood and Carolyn.”

In The Bridge, Demián Bichir stars in the role of “Marco Ruiz,” a homicide investigator for the state of Chihuahua, Mexico living in Ciudad Juárez. A family man, Marco is one of the last good men in a corrupt and apathetic police force that is outgunned by the powerful drug cartels. He’s sharp, charming, and observant and painfully aware that his city is in a state of chaos. When a body is dumped on the bridge that spans the El Paso-Ciudad Juárez border, Ruiz is forced to work with his American counterpart, “Detective Sonya Cross.”

Diane Kruger stars as “Detective Sonya Cross,” a dogged cop who has an undiagnosed disorder that falls on the autism spectrum. Cross is shockingly candid and calls the world as she sees it, which can be off-putting to her colleagues, but she is also extremely effective at her job.

Ted Levine plays “Lieutenant Hank Wade,” a member of Detective Cross’s team at the El Paso Police Department who is a veteran cop with a weathered, cowboy swagger. He is not surprised by anything that human beings will do to one another, but he’s utterly baffled by The Office coffeemaker. Hank knows that Sonya communication skills are challenged, and repeatedly has to advise her how to work more diplomatically with others.

Annabeth Gish plays “Charlotte Millwright,” a wealthy ranch wife suddenly widowed when her older husband Karl suffers a massive heart attack while on the Mexican side of the border. A sheltered woman with a ranch to run, Charlotte quickly learns that her late husband has many shocking secrets.

Thomas M. Wright plays “Steven Linder,” a wolf of a man who is no stranger to the dark and jumbled chaos of Juárez.

Matthew Lillard plays “Daniel Frye,” a cocky reporter with the El Paso Times whose hard partying ways have taken a toll on his once promising journalism career.

FX originally ordered the Pilot episode in July of 2012, and wrapped Pilot production in December.

Demián Bichir is a Mexican-born actor best known for his work in the award-winning film, A Better Life, for which he received an Academy Award nomination in 2012. He completed production on his starring roles in the feature films Machete Kills for Robert Rodriguez and The Heat for Paul Fieg, and he recently signed on to star in Richard Shepard’s feature Dom Hemingway opposite Jude Law. Bichir’s other work includes roles in the hit Showtime series, Weeds, Oliver Stone’s 2012 film Savages and his portrayal of Fidel Castro in Che.

Diane Kruger was most recently seen as Marie Antoinette in Benoît Jacquot’s film Farewell, My Queen which opened the 62nd Berlin International Film Festival this year to rave reviews. In 2011, Kruger starred in Quentin Tarantino’s critically acclaimed hit Inglourious Basterds, for which she earned a Screen Actors Guild Award(r) nomination for Outstanding Performance by a Female Actor in a Supporting Role, and won the SAG Award(r) as part of the ensemble cast. Kruger most recently wrapped production on The Host, a sci-fi thriller opposite Saoirse Ronan and William Hurt due out March 2013. She will also star in the new Terrence Malick-produced film titled Green Blades Rising that focuses on Abraham Lincoln’s youth in the vast wilderness of Indiana and the hardships that shaped him, the tragedy that marked him forever and the two women who guided him to immortality. Some of Kruger’s other films credits include Troy, Wicker Park. the Oscar(r)-nominated French film Joyeux Noel, Copying Beethoven, Mr. Nobody, Inhale, and the high grossing Jerry Bruckheimer National Treasure films opposite Nicolas Cage.

Ted Levine, known for his role as “Buffalo Bill” in the award-winning, classic film The Silence of the Lambs, has appeared in multiple television series over the past few decades, including USA’s Monk as “Captain Leland Stottlemeyer,” and “Isadore Cohen” in Luck on HBO.

Annabeth Gish is a film and television actress whose work includes the role of “Eileen Caffee” in the critically-acclaimed Showtime series Brotherhood, “Laura Gabriel” in CSI: Crime Scene Investigation, and “Anne Sullivan” in the hit ABC Family series, Pretty Little Liars, as well as starring roles in the feature films Mystic Pizza, and Beautiful Girls.

Thomas M. Wright has numerous television and film credits in his native Australia. He recently starred as “Johnno Mitcham” in the upcoming Jane Campion mini-series Top of the Lake for the Sundance Channel, and his performance in that role earned him wide critical praise at the Sundance Film Festival.

Matthew Lillard film credits include his role as “Brian Speer” in the award-winning feature film The Descendants, Trouble with The Curve, and Scooby Doo, and his TV credits include House, Criminal Minds, and Law And Order: SVU.

The Bridge continues FX’s push to increase its slate of drama series, bringing the number of dramas to four, to go along with one mini-series, six comedy series and two late night series. The Bridge is the 14th drama series ordered by the network which dates back to the launch of the network’s groundbreaking Emmy and Golden Globe award winning drama The Shield (2002).

What do you think? Does The Bridge sound like a show worth watching?

Great show music everything keep it up

We loved every episode of this, and got all out family to watch too. We are mexican americans and can relate to the place where this series takes place. Please renew this series and keep it going. I am just now looking up the music that you use at the beginning of the series to see if I can purchase. Thanks for showing a program that really sends a message of what is happening between our borders.

I really want to see the original Swedish/Danish version.
Season 2 of that series starts later this year.

There’s no reason not to order the Swedish/Danish version on DVD from amazon.co.uk or the like. Then just play it on your computer or a region-free DVD player.

I watched the first four episodes on YouTube, got hooked, and not have the rest of season one on my Android. Cost about 25 GBP to purchase and ship, though.