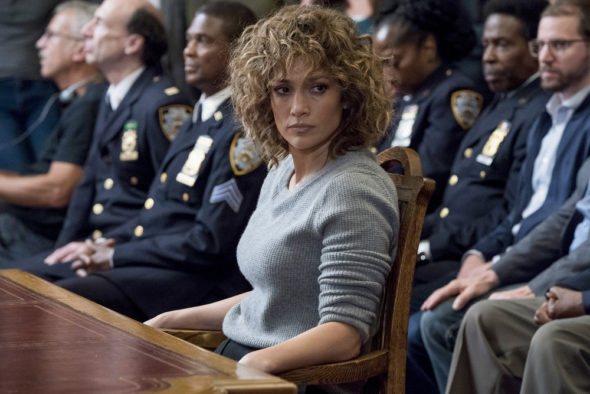 Tonight marks the end of the road for Detective Harlee Santos on NBC‘s Shades of Blue TV show. The writers knew that this would be the final episode so they had time to try to make it a satisfying series finale. Did the cop series receive a fitting send-off? Would you have watched a fourth season?

It was announced back in April that season three would be the end for Shades of Blue. According to Lopez, she had made the decision to end the series. The star and an executive producer on the series, she said, “I have enjoyed producing and starring in this beautifully complicated world and playing such an empowering yet flawed character – a woman, a detective but, first and foremost, a mother.” At the time, the network said that season three would bring the story of Lopez’s character to a fitting conclusion.

The abbreviated third season of 10 episodes has been drawing a paltry 0.51 in the demo (down another 33%) and 3.16 million (down another 27%). Had the series not ended on its own, it’s hard to imagine that the peacock network would have renewed it anyway.

But, what do you think? Should Shades of Blue have ended? Should NBC have renewed it for a fourth season — potentially with limited involvement by Lopez? Would you have kept watching or, was this the right time to end the show?

I would love to see any show or series in which Jennifer Lopez appears. She is a very talented actress.

I would have continued to watch as long as it came ok n. Good shows are always the ones cancelled.

I would have loved to see it continue, it was great, intriguing and kept you on the edge.. The least NBC could have done is release Season 3 on dvd for those of us who purchased the first 2 seasons. Not very happy with that. Makes me wonder about buying any other series.

I would have loved to have seen Shades continue…it was an excellently written show with a tremendous cast. Either NBC execs had their heads up their butts, or someone famous in the show wanted to move on and do something less time constraining…Hello J-Lo…talkin’ to you.

Yes I would love to have seen it continue even without Lopez. I think Liota and the rest could have taken the show and run with it. The ending was sucky and very difficult to understand. I wish I had missed that episode.

I loved it .Great show .Sad it will not be another Season

I loved this show. Why is it whenever we get a show with teeth it gets cancelled tiin soon