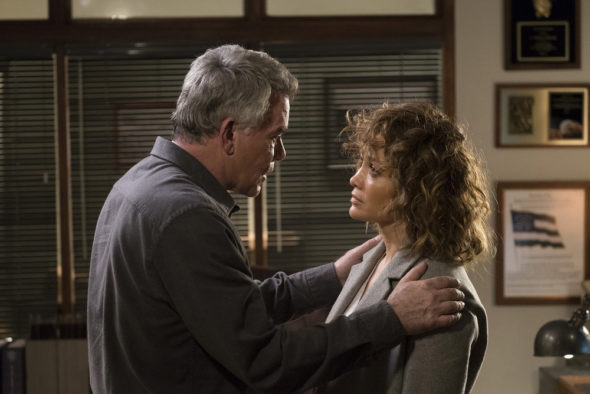 How well is Harlee holding it together during the third and final season of the Shades of Blue TV show on NBC? As we know, the Nielsen ratings typically play a big role in determining whether a TV show like Shades of Blue is cancelled or renewed for season four. Unfortunately, most of us do not live in Nielsen households. Because of that, many viewers are frustrated their viewing habits and opinions weren’t considered, before NBC decided to end Shades of Blue with season three. We care what you think, so we invite you to rate all of the Shades of Blue season three episodes for us here.

What do you think? Which season three episodes of the Shades of Blue TV series do you rate as wonderful, terrible, or somewhere between? Should NBC Shades of Blue have been renewed for a fourth season? Don’t forget to vote, and share your thoughts, below.

Please have more seasons of Shades of Blue…

Keep this show going. Great series. Love all the actors. Want to see more on how all things turn out

This was the best show ever, better than Miami Vice, Hill Street Blues, on and on. Crazy to stop it.