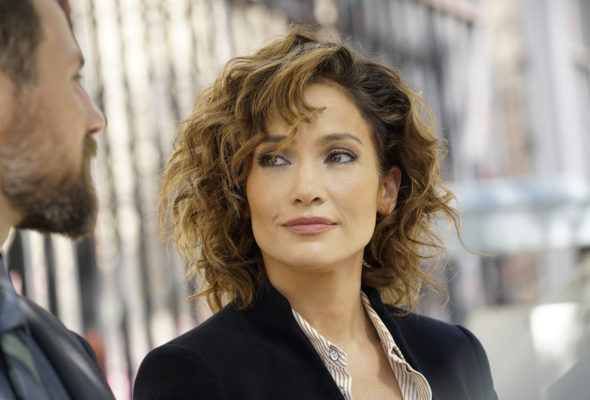 Jennifer Lopez is pulling double duty on NBC. According to The Hollywood Reporter, the Shades of Blue star will guest on an upcoming episode of Will & Grace.

This won’t be the first time Lopez has appeared on the hit sitcom. During its original run, she played herself and performed at Karen (Megan Mullally) and Lyle Finster’s (John Cleese) wedding.

However, Lopez won’t be returning to Will & Grace as just herself this season. In an upcoming episode, she will be playing both herself and her Shades of Blue character, Harlee Santos. NBC has yet to announced when the crossover episode will air, but you can see Lopez on set below:

What do you think? Do you watch both Will & Grace and Shades of Blue? Are you excited for the big crossover?

Can someone PLEASE answer this question !! When is Shades of Blue coming back to NBC ?!?!?!

NBC hasn’t announced that yet.

I love jlo❤️ And everything she does… She’s an amazing singer and actress!!! Can’t wait to see her on Will and Grace and for Shades of Blue to be back!

The worst actress and singer ever.