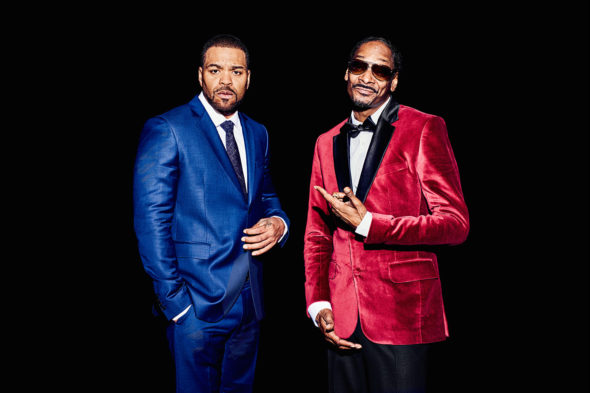 Turner is doubling down on the fun and games. TBS has renewed its Snoop Dogg Presents The Joker’s Wild TV show and the Drop the Mic TV series, each for a second season.

An updated version of the classic game show, Snoop Dogg Presents The Joker’s Wild takes place in Snoop’s casino and is chock full of pop culture facts. Method Man and Hailey Baldwin host Drop the Mic, which is based on the original segment from The Late Late Show with James Corden. Season two of both series will premiere on TBS in the spring of 2018, date TBD.

Check out this TBS press release for the skinny.

Turner’s TBS has renewed the hit unscripted series’ Snoop Dogg Presents The Joker’s Wild and Drop the Mic for second seasons. The network re-launched its unscripted business in 2017 with the re-imagined, classic game show reboot and the celebrity-led rap battle competition. They soon emerged as the top two unscripted cable comedies in 2017, reaching an average of 2.5M viewers per episode across TBS’s linear, VOD, and digital platforms and have earned over 200 million social and Youtube views to date. Drop the Mic climbed digital audience score rankings week over week, holding the #1 spot three weeks in a row, based on all prime-time comedies that aired new episodes.

“Our relaunch of TBS’ unscripted efforts hit the ground running with the series premieres of Snoop Dogg Presents The Joker’s Wild and Drop The Mic, and we never looked back,” said Michael Bloom, senior vice president of unscripted and specials for TBS and TNT. “And Season 2 is going to be filled with next-level celebrity beef under the guidance of Method and Hailey, and much, much higher stakes courtesy of some extra Snoop-a-fied gaming led by the Dogg himself.”

Snoop Dogg, who counted The Joker’s Wild as his favorite game show growing up, hosts the TBS version, Snoop Dogg Presents The Joker’s Wild, set in his very own casino that includes an oversized slot machine, giant dice and playing cards. Snoop-a-fied questions and pop culture knowledge rule the floor with all the action controlled by the one and only Snoop D-O Double G. Snoop Dogg Presents The Joker’s Wild is produced by Sony Pictures Television, in association with Turner’s Studio T. Snoop Dogg serves as executive producer, along with two-time Emmy® winner, Super Bowl Champion and Good Morning, America co-host Michael Strahan. Also executive-producing are Vincent Rubino, Constance Schwartz-Morini for SMAC Entertainment and Ted Chung for Merry Jane.

Drop the Mic is based on the enormously popular segment from the Emmy®winning and viral hit The Late Late Show with James Corden. The TBS series is hosted by Method Man and Hailey Baldwin and pits celebrities from the worlds of entertainment, music, sports and pop culture to face off against each other in a rap battle royale packed with lyrically creative genius and “I can’t believe they just said that” moments. At the end of each head-to-head battle, the studio audience votes to determine the winner. Drop the Mic is produced by CBS Television Studios and Fulwell 73 Productions. James Corden, Ben Winston and Jensen Karp serve as executive producers, with Joanna Gallagher as co-executive producer.

Both series will return in the Spring of 2018.

What do you think? Are you a fan of The Joker’s Wild and Drop the Mic TV series? Do you think you’ll tune in for either of them, this coming spring?