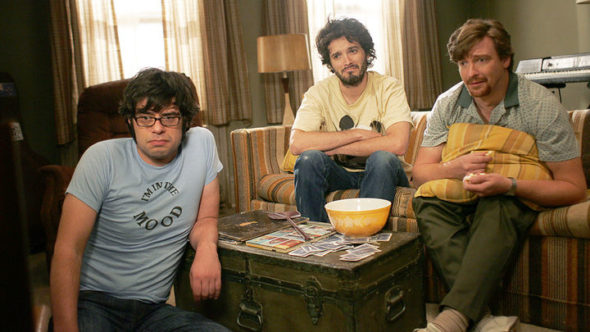 Are you ready for the return of Flight of the Conchords? Today, HBO announced an upcoming hour-long special will premiere in May.

The comedy-musical series debuted in 2007 and starred Bret McKenzie and Jemaine Clement as a folk duo trying to make it in New York City. The show only lasted for two seasons before it ended in 2009.

New Zealanders McKenzie and Clement debuted on HBO in 2005 in an edition of the comedy series “One-Night Stand,” returning to the network in 2007 for the debut season of the series “Flight of the Conchords,” which followed fictionalized versions of their lives in New York City. The show was praised by critics and beloved by fans, turning the cult favorites into an international sensation. “Flight of the Conchords” earned ten Emmy® nominations over its two-season run on HBO, while their album “The Distant Future” won Best Comedy Album at the 2008 Grammy Awards.

The comedy special will be directed by Hamish Hamilton. Executive producers are Jemaine Clement, Bret McKenzie, and Mike Martinovich.”

What do you think? Are you a fan of Flight of the Conchords? Will you watch the new special?