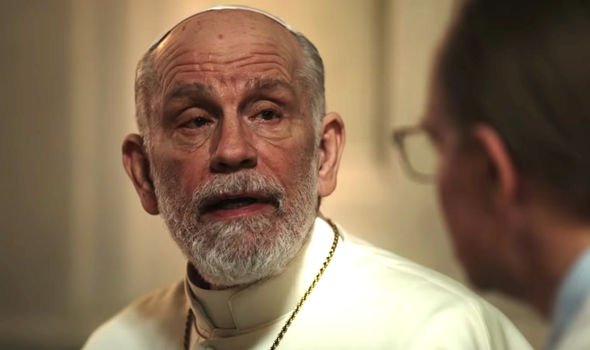 The New Pope has its premiere date. The series will arrive in January. The New Pope stars John Malkovich and Jude Law, and it picks up where The Young Pope left off.

In 2017, The Young Pope averaged 585,000 viewers per episode. It was reported in summer 2018 that a follow-up series was coming to the cable network.

HBO revealed more about the premiere of The New Pope in a press release. Check that out below.

“The follow-up to 2017’s The Young Pope from Oscar®-winning filmmaker Paolo Sorrentino, THE NEW POPE, debuting MONDAY, JAN. 13 (9:00–10:00 p.m. ET/PT), dives into the inner workings of the Vatican, while exploring the very human desires, vices and fragilities of those in power and the complexities inherent in faith today. All nine episodes of THE NEW POPE are directed by Academy Award®-winning filmmaker Paolo Sorrentino. The series is written by Sorrentino with Umberto Contarello and Stefano Bises, and marks Sorrentino’s second series set in the world of the modern papacy.

The series picks up where The Young Pope left off, with Jude Law’s Lenny Belardo, known as Pope Pius XIII, in a coma. Following an unpredictable and mysterious turn of events, Secretary of State Voiello (Silvio Orlando) succeeds in having Sir John Brannox (John Malkovich), a charming and sophisticated moderate English aristocrat, placed on the papal throne, adopting the name John Paul III. The new pope seems ideal, but he conceals secrets and has a certain fragility, and Voiello immediately understands that it will not be easy to replace the charismatic Pius XIII. Hanging between life and death, Lenny Belardo has become a Saint, with thousands now idolizing him, fueling the contrast between fundamentalisms. Meanwhile, the Church is under attack from external threats and scandals striking the symbols of Christianity and risking irreversibly devastating the hierarchies. As always, however, in the Vatican, nothing is what it seems. Good and evil proceed arm-in-arm towards history, and to reach the showdown, we must wait for the events to take their course.

Check out a brand new poster for The New Pope below.

What do you think? Did you watch The Young Pope? Are you excited for the story to continue in The New Pope? 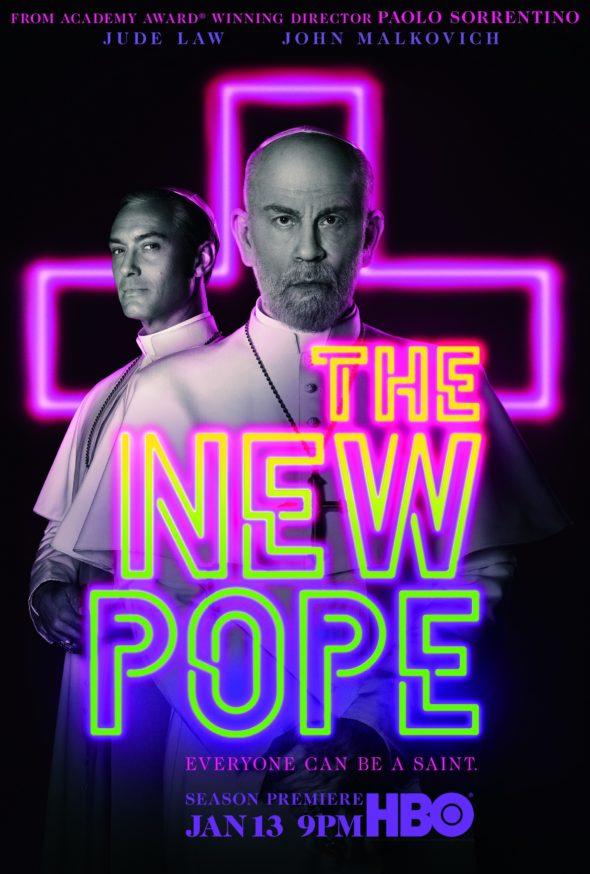 And now, countdown. As of January 13th, it’s binging time.